1 Metre Vase Up For Sale


Alan Caiger-Smith MBE Vase is up for sale in the Batemans catalogue on 6th November.

Consigned for sale to Batemans of Stamford by a local family, this massive vase will hopefully attract equally 'massive' interest ...

It is shown off below to impressive effect by Managing Director & Senior Valuer Greg Bateman. 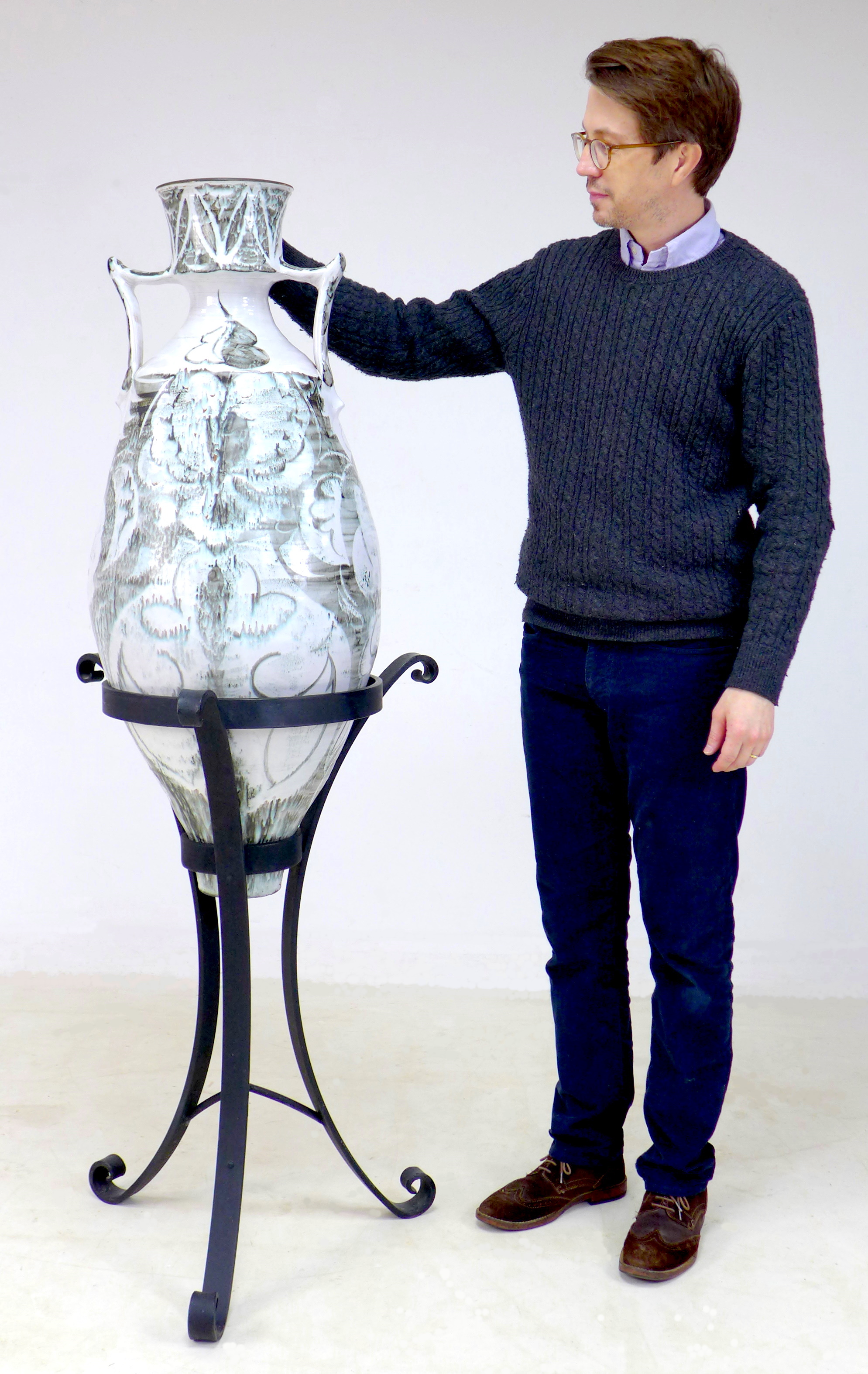 This spectacular vase was commissioned in 1985 by the parents of the current vendors from the noted British potter Alan Caiger-Smith MBE (British, 1930-2020) at the Aldermaston Pottery. This pottery was founded in Berkshire in 1955 by Alan Caiger-Smith and Geoffrey Eastop, and over the years the studio has been home to many fine potters. Over a long and successful career Caiger-Smith enjoyed an International reputation as a 'giant of twentieth century British pottery' and was a highly regarded expert in lustreware.

Described as a large studio pottery twin handled vase, it is decorated in a grey and cream glaze with stylized flower and leaf design. It stands a spectacular 99cm (39") high by 40cm (14") diameter. The family have retained a letter sent by Alan Caiger-Smith in 1985 to their parents who commissioned the vase, but which confirms the purchase and dates the vase exactly.

To enquire about this lot please contact Batemans of Stamford on 01780 766466 or register to bid here.