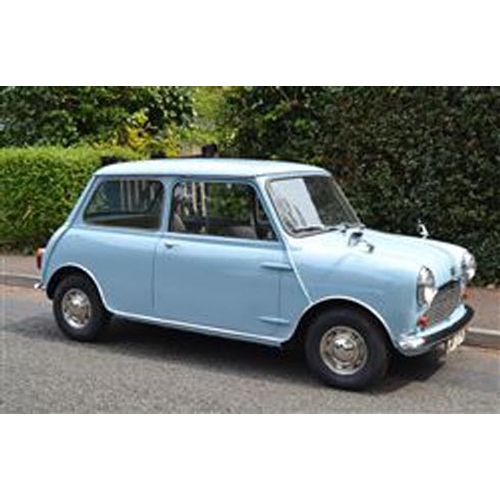 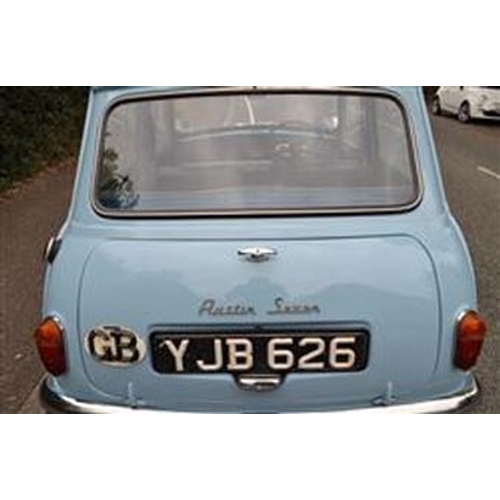 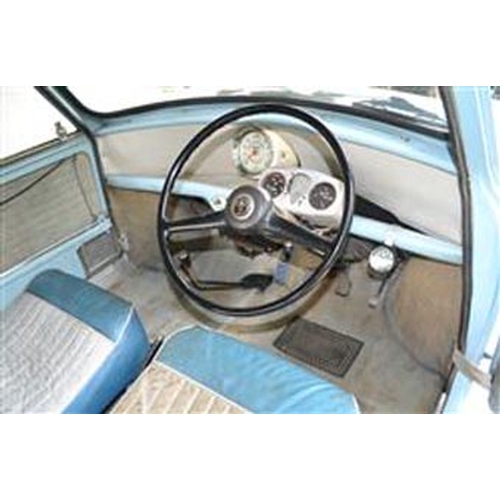 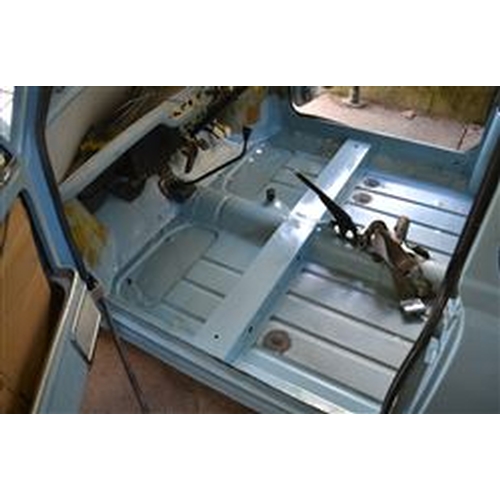 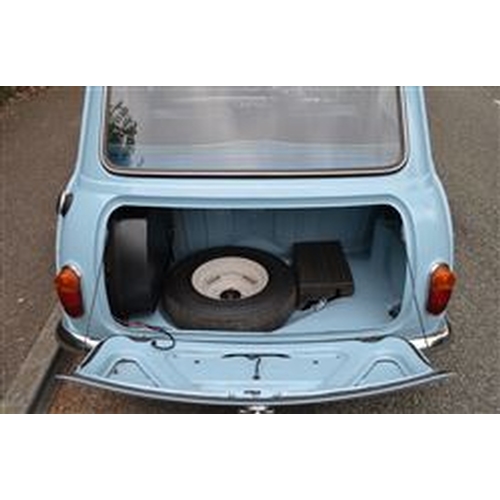 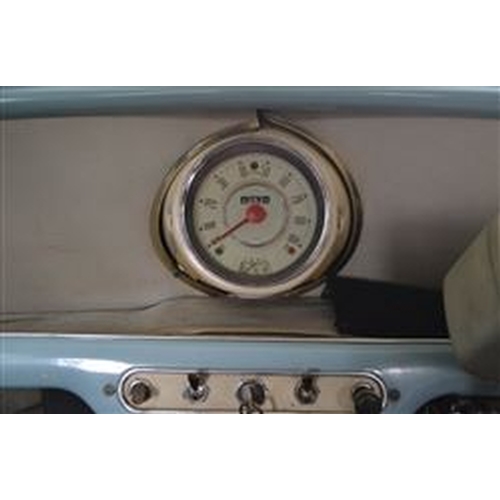 Manufacturer: Austin
Model: Seven Mini
First Registered: 1961
Registration No: YJB 626
Mileometer: 13,531
Chassis No: AA2S7-134958A
MOT: Not Required
Colour: Speedwell Blue
The Mini was officially announced to the public on 26 August 1959. The Mini was marketed under BMC's two main brand names, Austin and Morris, until 1969. The Morris version was known as the Morris Mini Mini-Minor, and the Austin was sold as the Austin Seven. In 1964, the suspension of the cars was replaced by another Moulton design, the hydrolastic system. The new suspension gave a softer ride, but it also increased weight and production cost. In 1971, the original rubber suspension reappeared and was retained for the remaining life of the Mini.

BMC insisted that the way company overheads were shared out, the Mini always made money. Larger profits came from the popular De Luxe models and from optional extras such as seat belts, door mirrors, a heater and a radio, which would be considered necessities on modern cars, as well as the various Cooper and Cooper S models. The Mini entered into popular culture in the 1960s with well-publicised purchases by film and music stars. The Cooper S version was also used by some British police departments as a plainclothes car.

This delightful Mk1 Mini was rescued from a dry barn last year, where it had languished for many years. It still wore the original factory Speedwell Blue paint and was almost completely original throughout. Over the last 4 months it has been sympathetically restored, keeping as much original as possible. It did need a bare metal repaint due to deterioration of the 58 year old paint, but needed no new panels apart from some patching to the inner sills, new outer sills, and a boot floor repair. It even retains the factory front panel with body number and full skirt. All FE numbers are still present, and the chassis and engine number tags are the originals. Where possible the original paint has been left, so the engine bay and most of the floors are as they left the factory.

The engine and gearbox is the original unit, and simply required new filter and fluids, and runs very sweetly. Same story with the radiator. The brakes have been renewed, saving the original master cylinder, but fitting new flexihoses, cylinders, and pads. The rear subframe is in excellent condition, and looks like it was renewed before being laid up. The interior is in very good condition given its age. Apart from a matching replacement panel in one of the seat bases everything is retained. The door cards and headlining are in excellent order, the seats also, but the carpet is a bit threadbare. The bumpers and grille moustache were too far gone so have been replaced with new. Likewise the old crossply tyres weren't much use so it sits on a new set of radials.

It does have a few period modifications, including a combined oil pressure and temp guage (working, and showing correct oil pressure and running temp), Lucas glass bottle electric screen washer, electric fuel pump in the engine bay, and an odd instrument pod above the steering column, which doesn't seem to do anything. The V5 shows just one owner and no former keepers. However the original R.F. 60 is with the mini, and shows another keeper, who registered the car in 1961 in Reading. The next stamp in the RF60 is from Somerset County Council, which is where the current registered owner lived and where the car was found. It therefore seems likely that it has only had two owners in nearly 60 years. It retains the original registration number, and even the original number plates. 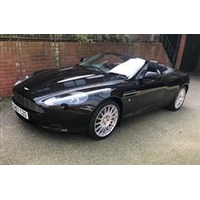 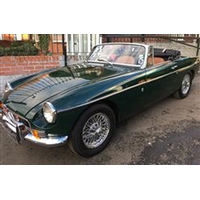