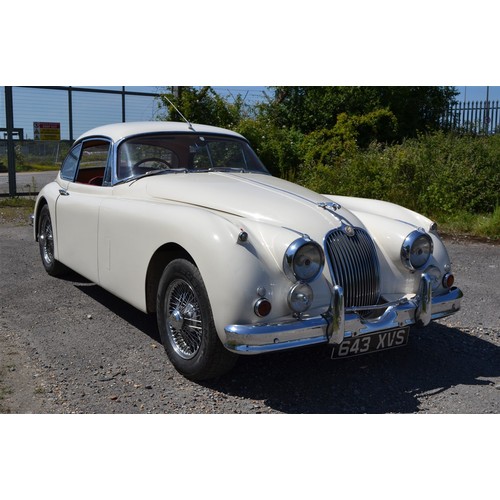 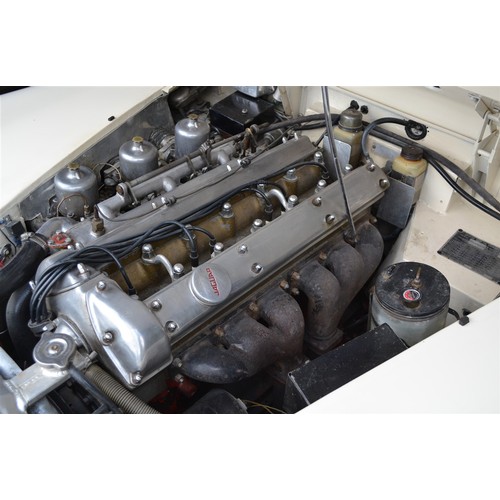 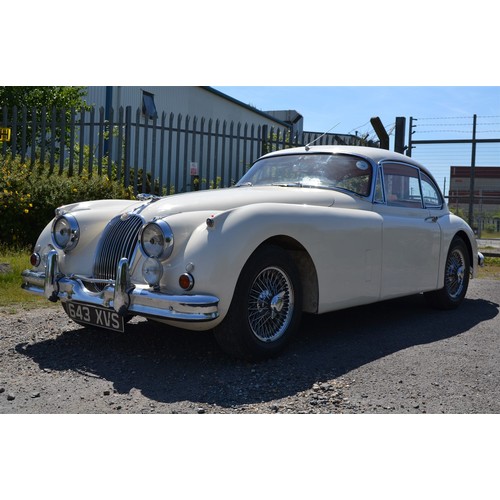 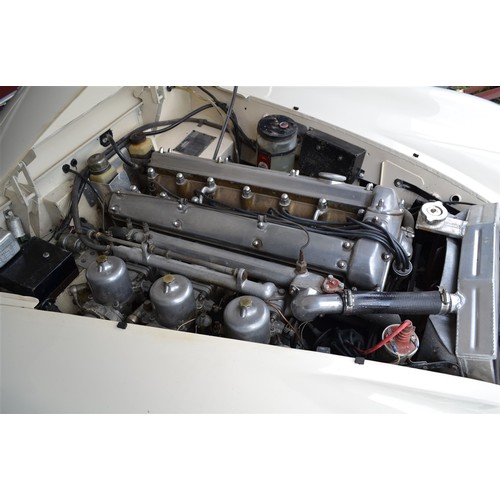 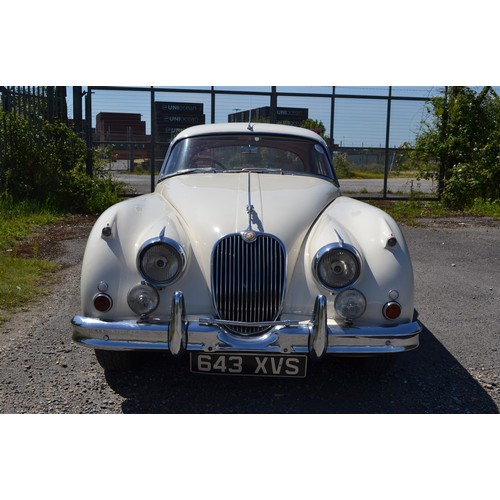 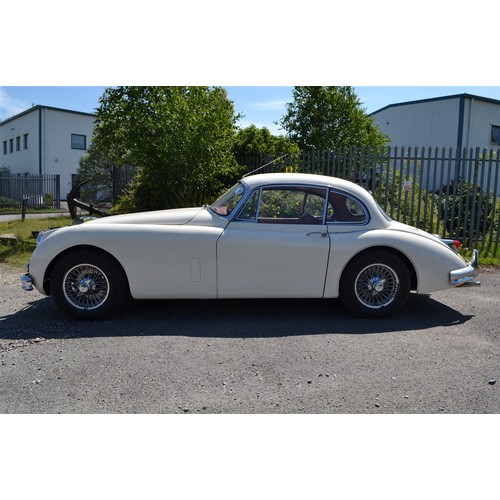 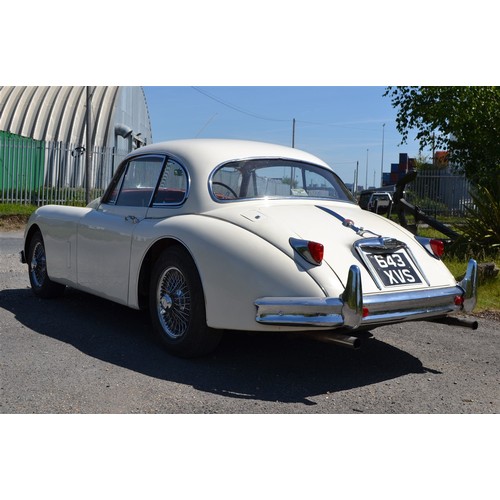 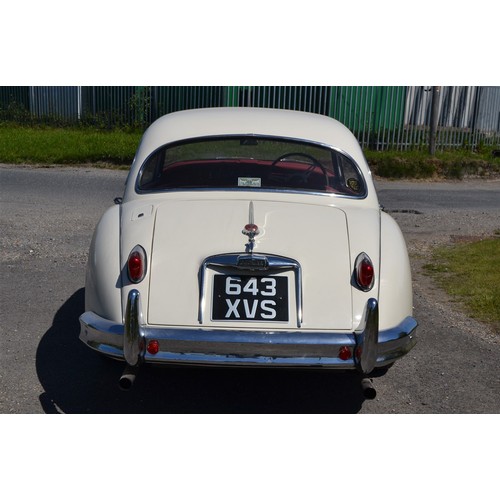 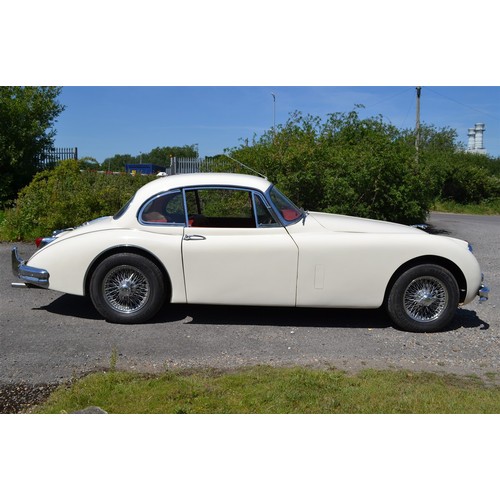 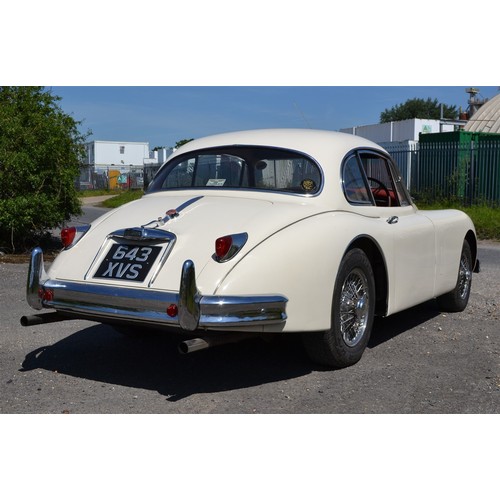 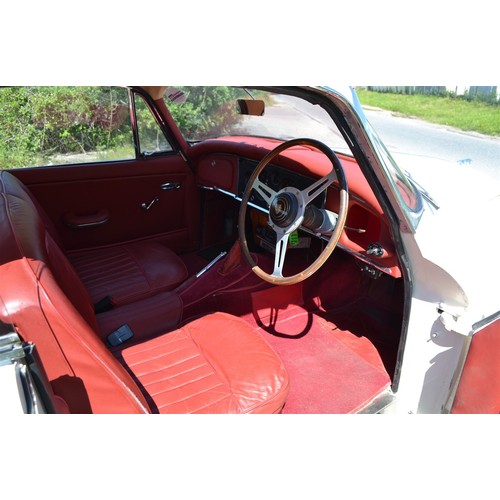 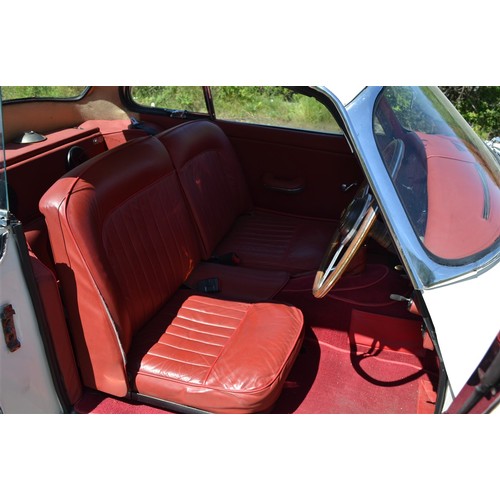 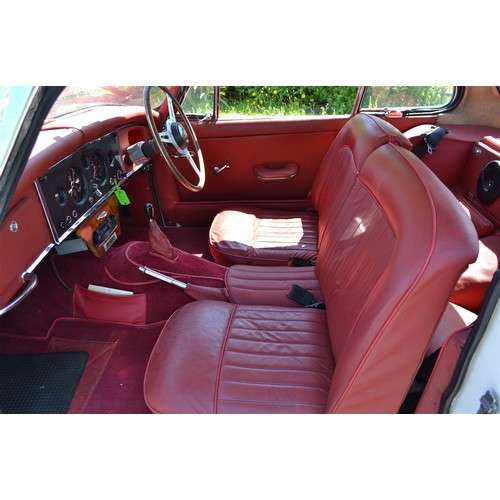 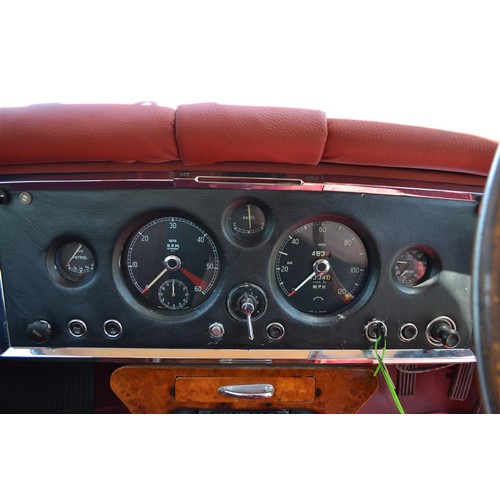 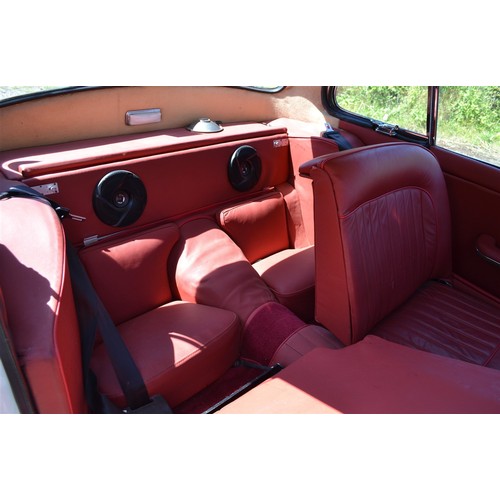 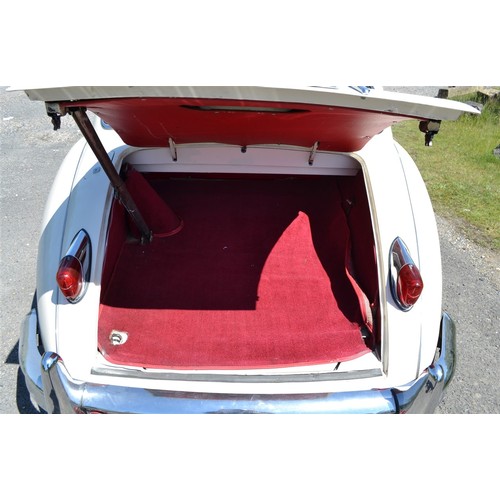 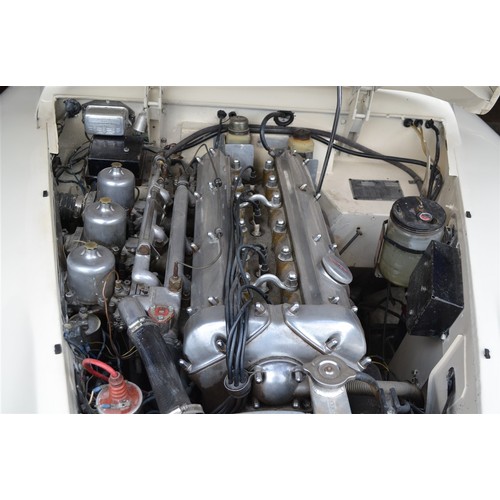 The XK150 was radically different from the XK140. A one-piece windscreen, the wing line no longer dropped so deeply, a widened bonnet, and on the open two-seaters the windscreen frame was moved back making the bonnet longer, the dashboard was now trimmed in leather, and thinner doors gave more interior space. Spring of 1958 saw the introduction of special equipment models fitted with disc brakes and an SE engine using twin 1.75-inch SU carburettors and a modified cylinder head. This boosted the power to 210 bhp. There was an "S" engine with three 2-inch HD8 carburettors and a straight-port cylinder head, and a claimed 250 bhp. In 1960 four-wheel Dunlop 12 in disc brakes appeared for the first time. Production ended in October 1960, with 2,265 Roadsters, 4,445 Fixed Head Coupés and 2,672 Drophead Coupés being built.

This 1960 Jaguar XK 150 SE 3.8 is the 50th from last FHC built. It was originally supplied to a US serviceman in Germany who took it back to the US with him. At some unknown point the car was then exported to South Africa, where it was converted to RHD, and upgraded to “S” specification, with a straight port head and triple 2” SU HS8 carburettors. It also appears that an all-synchromesh gearbox has been fitted. In 1989 the car was sold to a lady in Simon’s Town who kept it for 23 years. It was then purchased by the final South African owner in 2012.

The car has had a new red leather interior fitted, with matching carpets, and a new headlining, all to original specification. also fitted are new aluminium radiator, a new aluminium fuel tank, the brakes have all been refurbished, and new wheel bearings were fitted at the same time. He also fitted a new stainless steel exhaust system and new tyres all round.

The car appears to be completely rust-free, with good paintwork, and all the chrome is very good. The interior is very good, and the engine starts without smoke and runs very well with good oil pressure. The car is fitted with very good wire wheels. The car is now fully UK registered and has an MoT until April 2023. 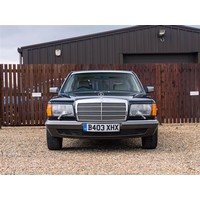 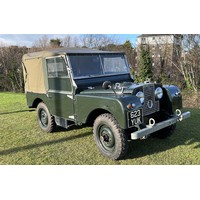