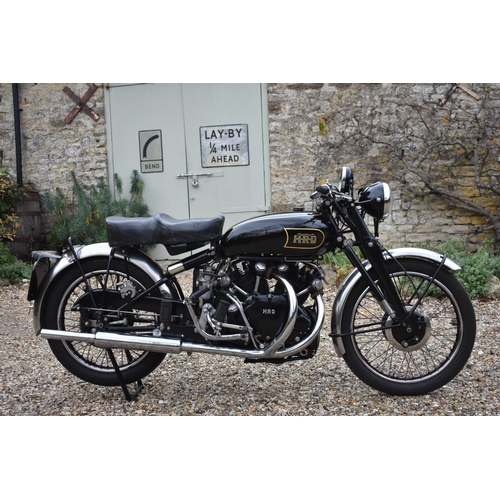 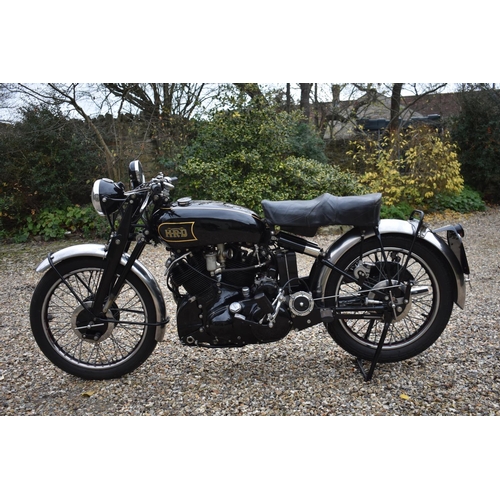 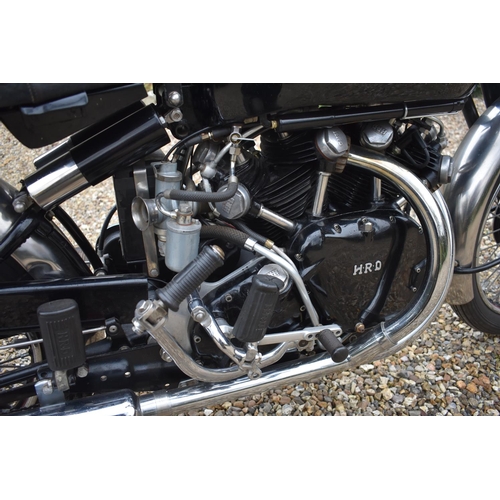 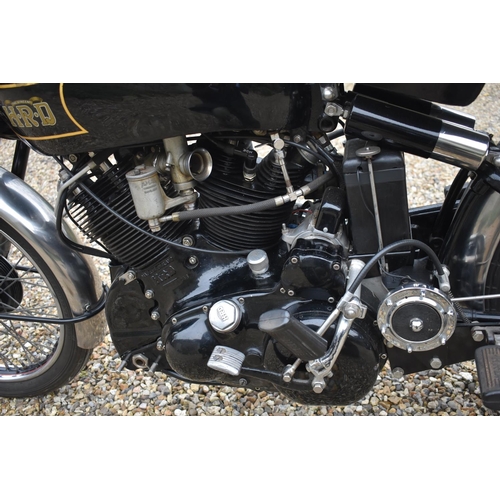 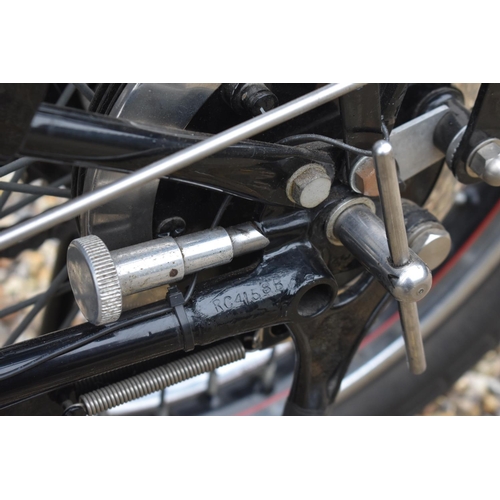 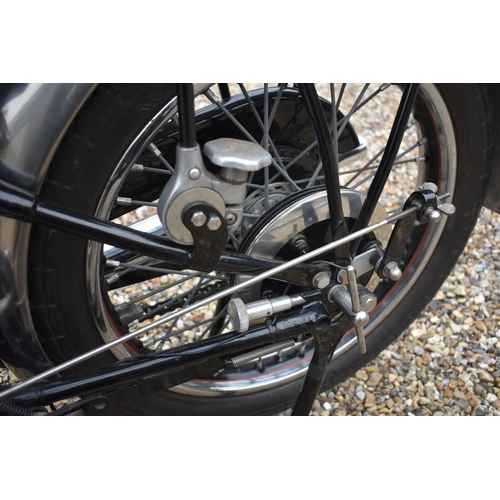 A 1949 Vincent HRD Black Shadow Series C, registration number FWV 663, upper frame number RC4158B, lower frame member retrospectively stamped RC4158B, engine number F10AB/1B/2258, black. Vincent's HRD Black Shadow offered performance that most motorcycles could only imagine in the 1950s with a top speed of 125 mph and handling to match, courtesy of its cantilever rear suspension and Girdraulic front forks. They were made to exacting standards commensurate to the models cost, which was nearly double that of any of its contemporaries. This Black Shadow has had three previous owners and was purchased by our vendor direct from the third owner a Mr Vincent Roethling from Wimbledon, London in a dismantled state requiring full restoration in October 2008. A full and exacting restoration was then carried out with some photographs on file. The restoration was completed in December 2009 and a new MOT was issued. Since then the Vincent has only been run a couple of times on the vendor's drive, and has been displayed for the majority of the time in the vendor's drawing room. Due to the length of time that the Vincent has been on static display she will now require some light recommissioning before taking to the road once again. The Vincent HRD Owner's Club member, who is in his 80's has taken the decision to sell his beloved Black Shadow because he feels that his motorcycling days are over. V5C, MOT and tax exempt See illustrations 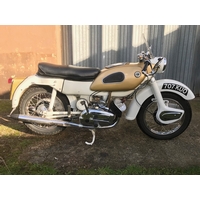 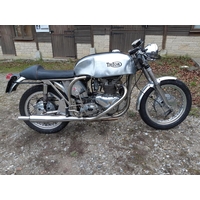