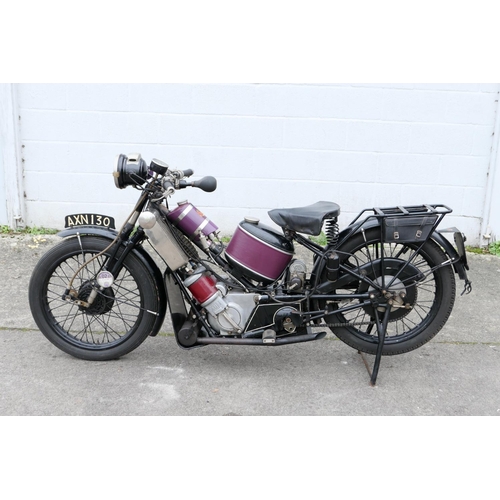 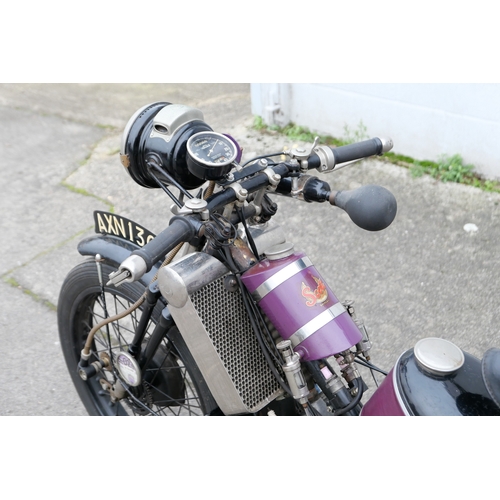 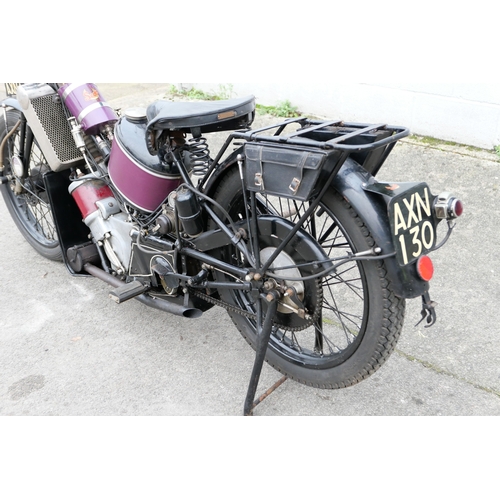 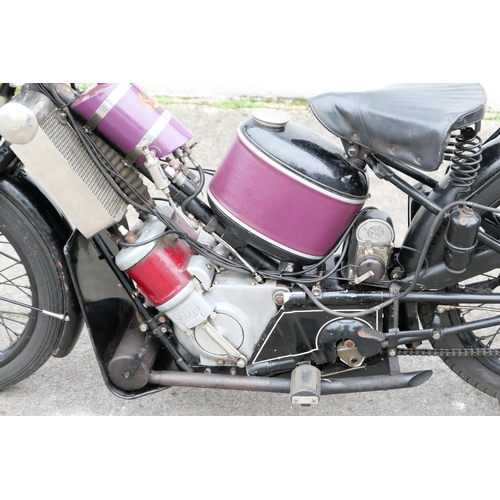 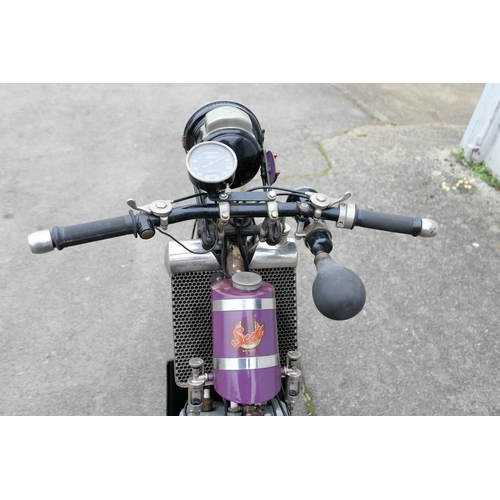 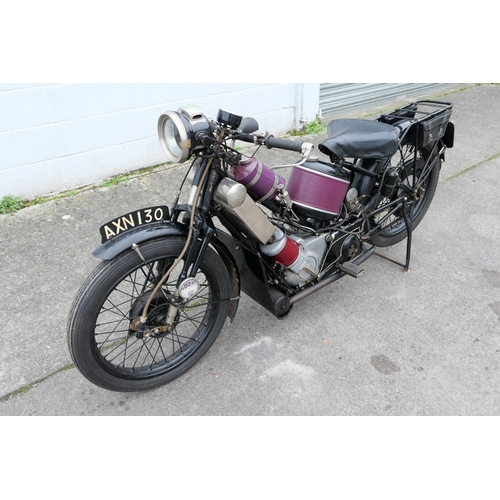 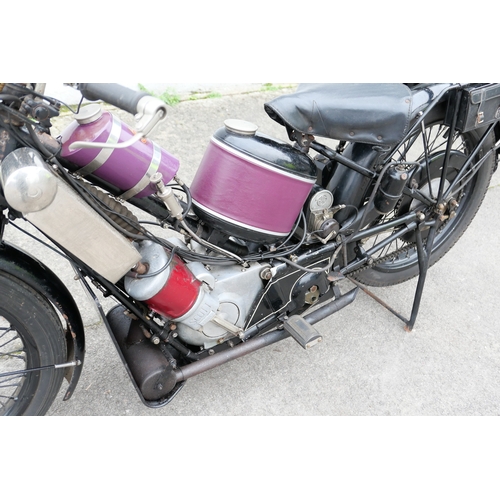 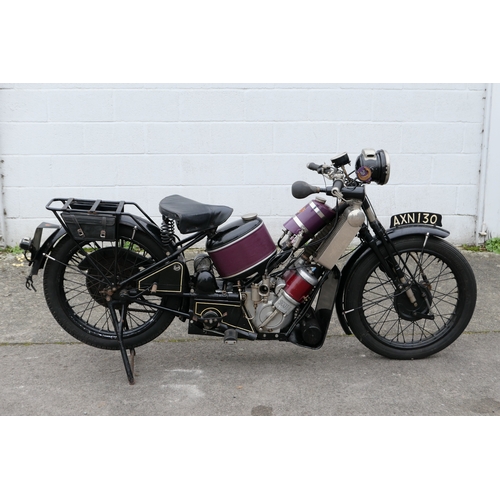 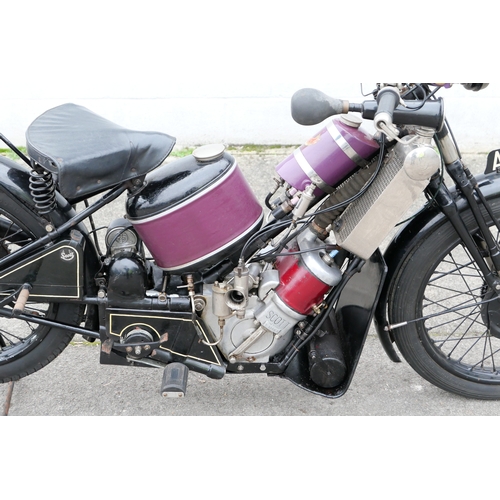 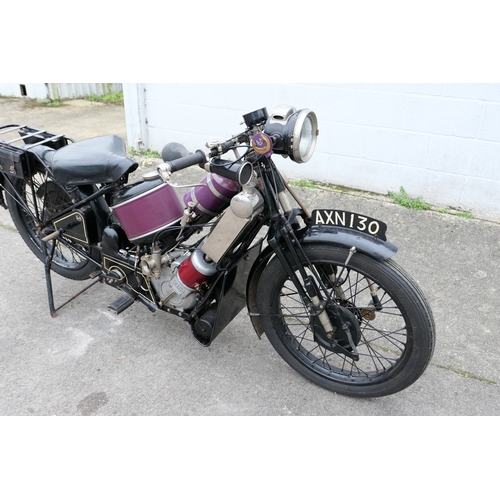 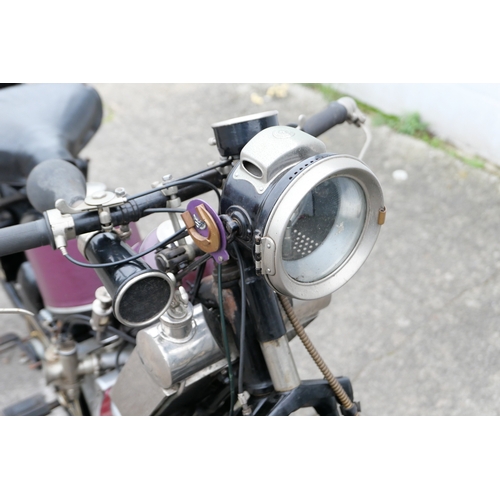 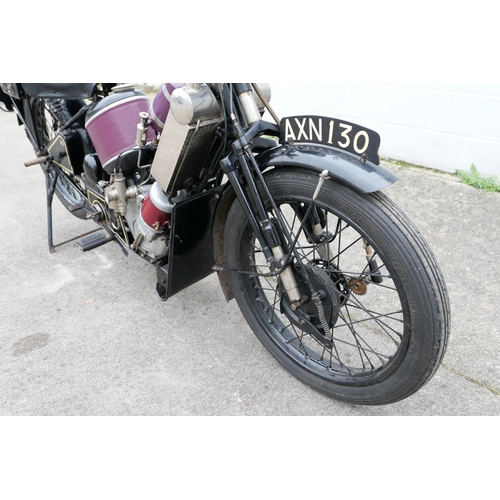 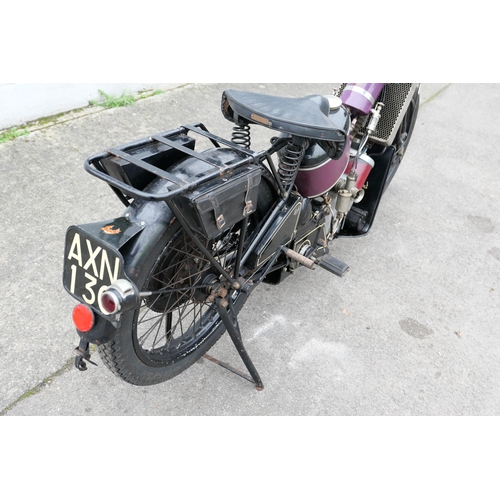 1931 Scott Two Speed Super Squirrel // Registration Number: AXN 130 / Frame Number: 22 / Engine Number: Y 3555A / MOT Test Expiry: Exempt / Guide Price: £9500 - 11500 / Road Tax Exempt // This Scott Two Speed Super Squirrel is powered by the 596cc two-stroke, water cooled, twin cylinder engine, driven through a two speed gearbox, and yes, it makes a fabulous noise! AXN 130 was purchased by the vendor's late father in March 2000; he had seen and admired the motorcycle every year competing at the VMCC Banbury Run, and on the Isle of Man, and eventually, he had the opportunity to buy it. We are informed that the Scott was restored prior to 2000, and was running in 2017. The vendor has been honest in his description of the motorcycle and has informed us that the gear selection may require adjustment (he recalls that there was a fault, but he is unsure if it was rectified). The Scott appears to be overall in good order, and a wonderful opportunity for a vintage motorcycle enthusiast, but it will require recommissioning before returning to the road. The large history file includes a Scott parts book, photocopy handbooks, photographs, four rally plates, old road tax discs, data, hand written notes, invoices, a quantity of MOT test certificates, a V5 document and a V5C registration certificate. 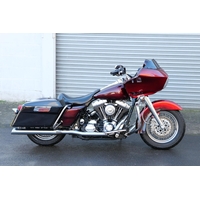 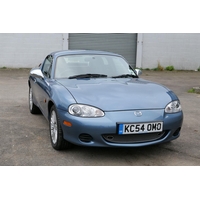