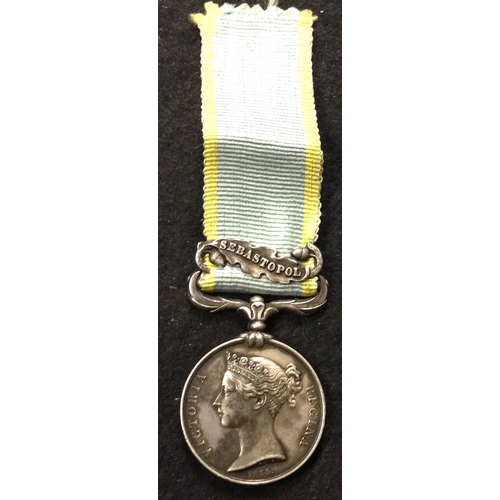 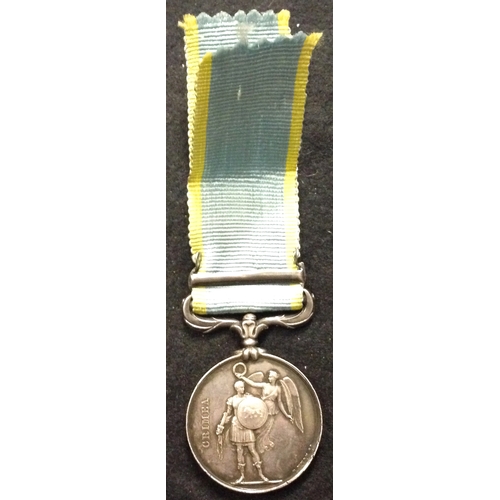 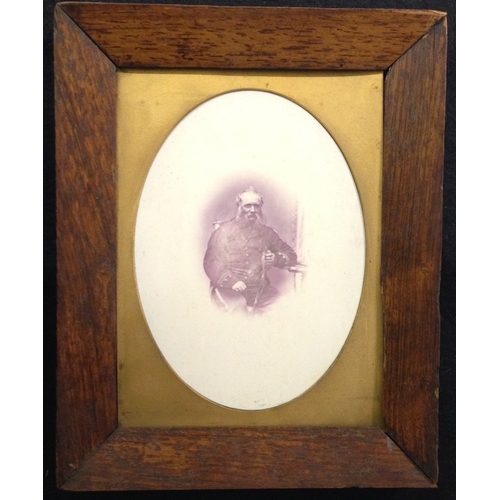 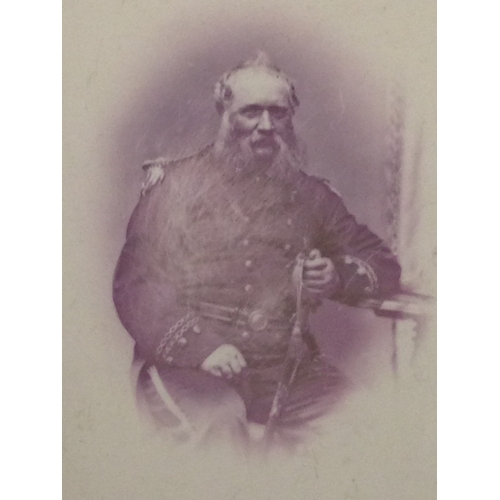 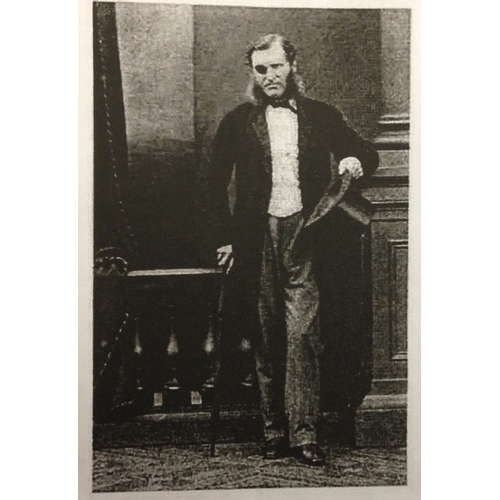 Saulez served on an interesting range of ships and was specially commended for service “in support of British interests” on Ichaboe Island off Namibia in 1846.

Entitled to China 1842 medal (specially promoted to Lieut. for service on HMS Pylades against Chinese fireships at Canton in 1841).

On rolls for HMS Bellerophon (and naval brigade) for Crimea – she took part in the great naval bombardment of the Sebastopol forts in Oct. 1854 and Saulez was promoted to Commander for his service in this action. Awarded 5th Class Medjidieh for Crimea.

He is not traced on Miranda (in his papers) but may have been posted to that ship after its Azoff service in 1855.

WITH : a framed ceramic plaque printed with portrait photo in uniform, which is assumed to be Saulez – he did a tour in the Coast Guard, 1857-61 before returning to usual RN duties and the officer shown may be wearing coast guard uniform. Similarity in looks to an earlier portrait of the officer (copy included). 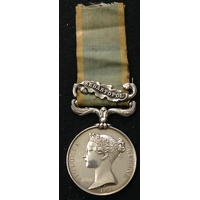 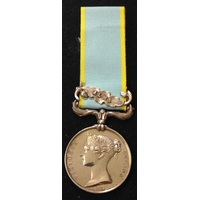