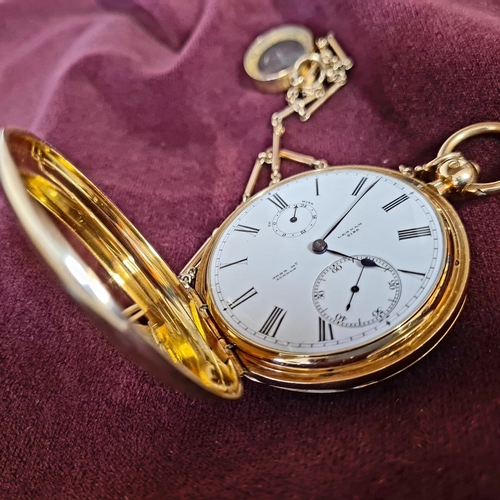 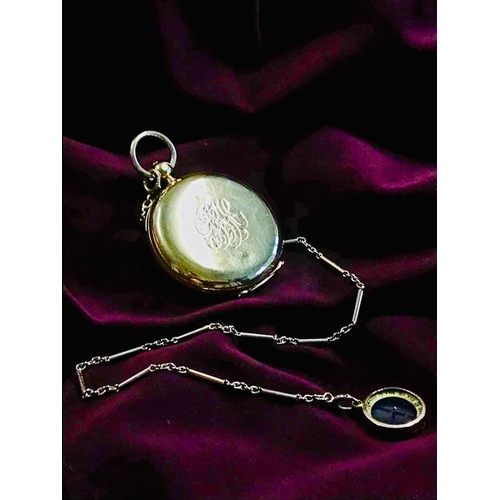 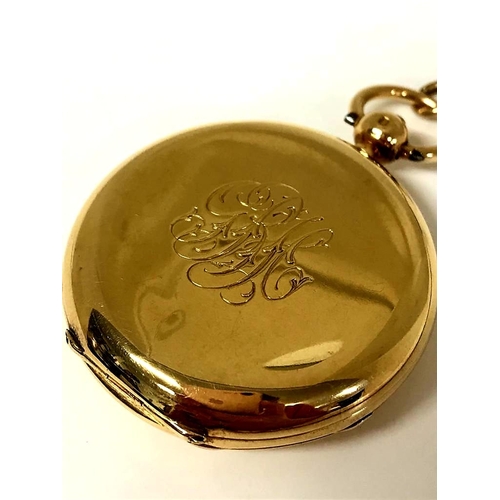 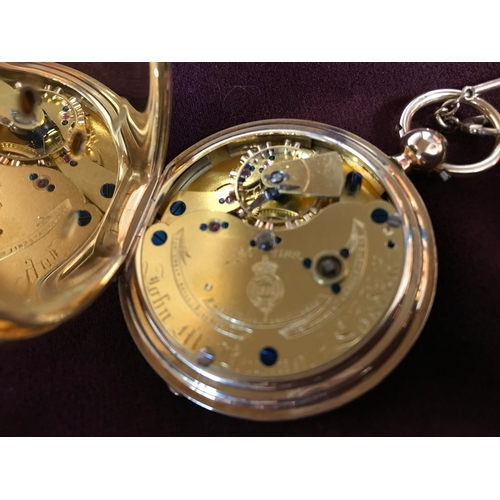 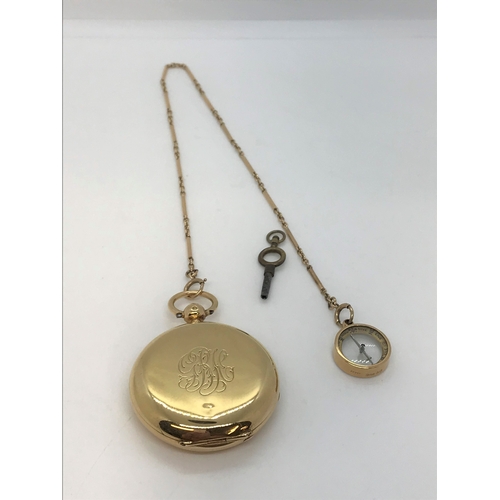 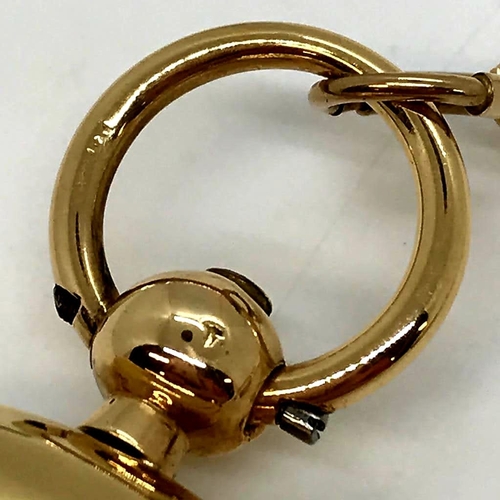 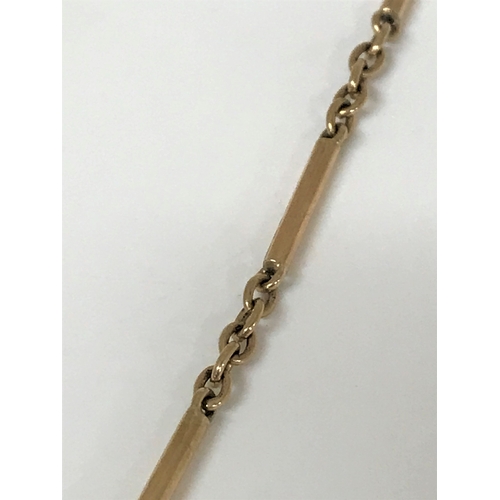 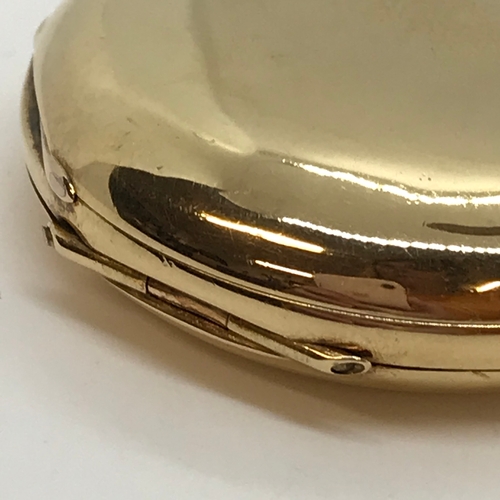 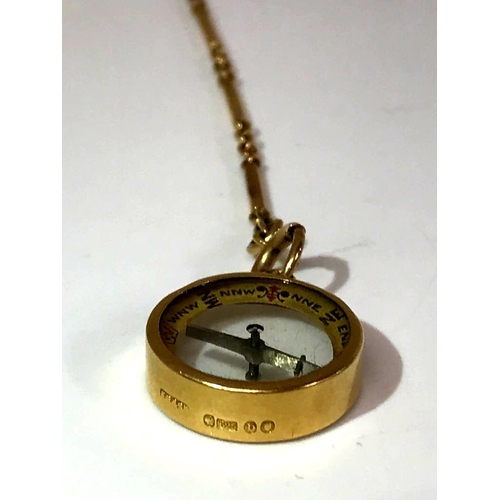 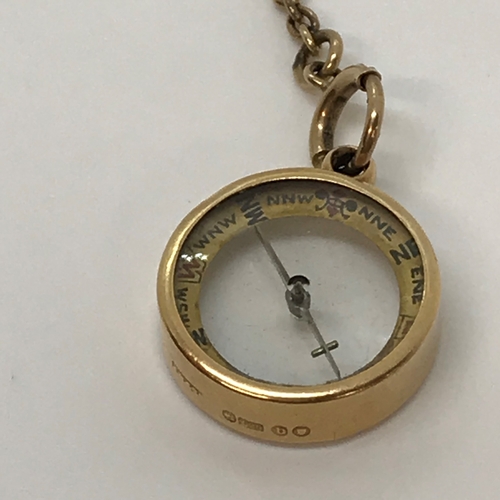 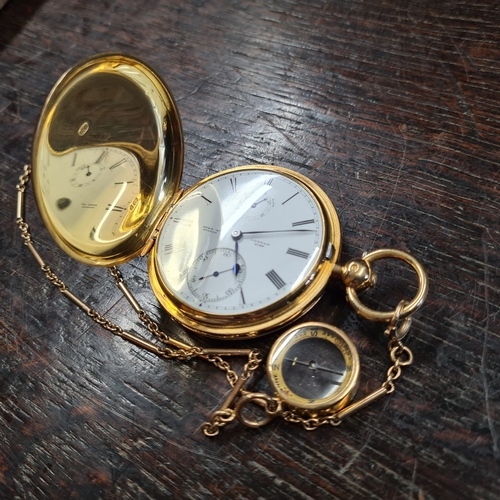 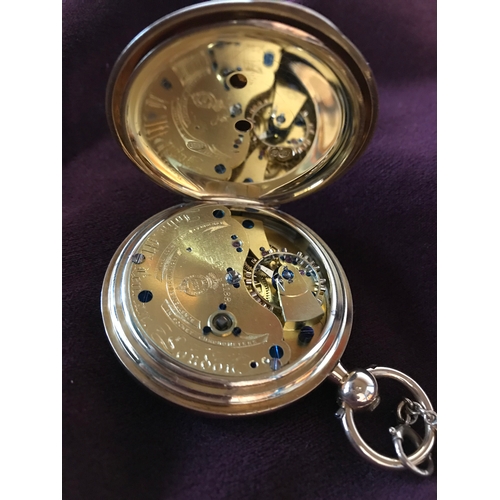 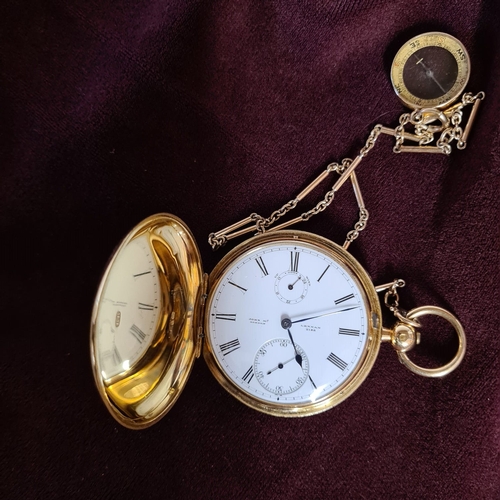 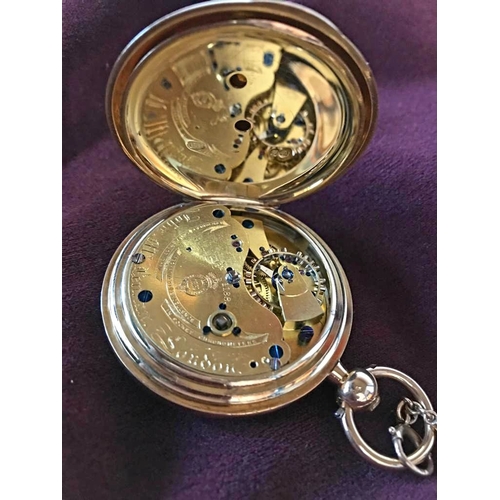 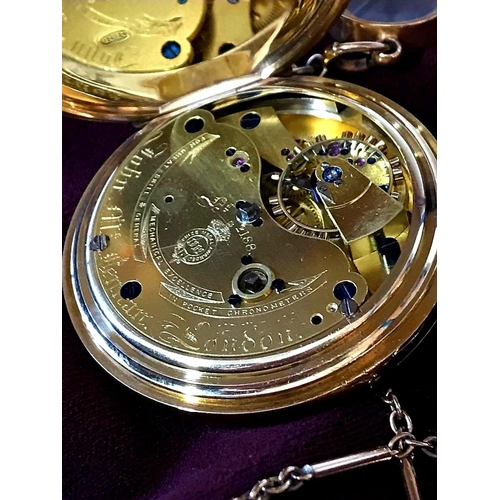 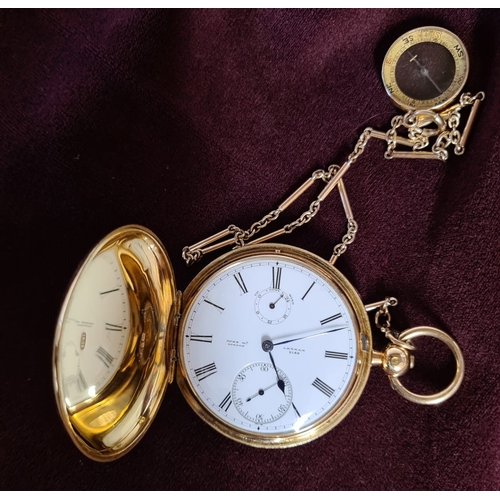 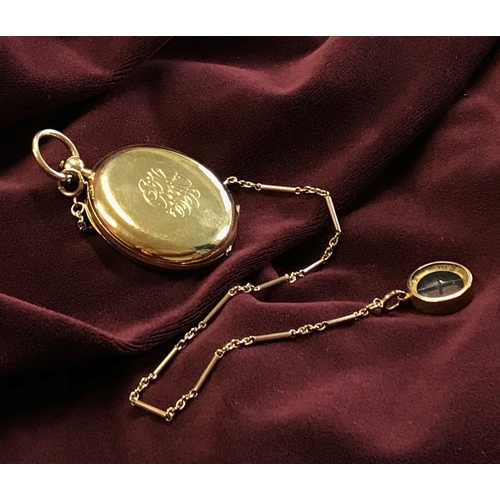 An extremely rare and fine 18K gold full hunter chronometer pocket watch with key wind by John McLennan. The round white enamel dial reads 'John McLennan London 2188', Roman numerals in black, blue steel hands, two subsidiary dials for 24 hours power reserve and constant seconds, outer minute divisions. The outer case has initial engraving. To the inside of the outer gold case maker's mark RR, hallmarked London 1865-66, The clock mechanism is signed John McLennan, London, No.2188 with inscription reference to his Prize Medal Award of 1862. Case diameter approx. 4.7cm and total weight 116g. The gold link chain (which measures approximately 33cm in length) is stamped 8CT attaches to a miniature compass which is encased in 15ct yellow gold, hallmarked London. This watch has remained the property of the same family for the last four generations and is in original condition. John McLennan renowned chronometer maker for producing smallest pocket chronometer ever made. He was awarded the prize medal for great skills and general excellence in the International Exhibition 1862 for his miniature chronometer. Obituary information extracted from the Horological Journal, Vol. XXIX, January 1887, pp. 78-79: "To complete the horological obituary for 1886 must be recorded the death of probably the best all-round watchmaker of our times, Mr. John McLennan, who, at the age of 72, succumbed to a complication of internal disorders at the end of November, was engaged for many years on the finest class of work for McCabe, Charles Frodsham and other famous houses. He exhibited in the 1862 Exhibition, as the production of his own hands throughout, certainly the smallest pocket chronometer ever made, the movement being the size of a shilling; the balance spring was a duo in uno - a form in which the bottom of the spring is a volute, rising from the outer end of which is a helix. Mr. McLennan claimed to be the inventor of the duo in uno, but the originality of this conception was challenged, we believe, by both Mr. Walsh and Mr. Hammersley. However, the style of Mr. McLennan's work, the clean handling and the superb finish, but induced a spirit of emulation that did much to advance the character of English watchmaking. For the last few years of his life he somewhat neglected the art in which he was facile princeps, and embarked on the troubled career of a mechanical inventor, with, we fear, but very moderate success". 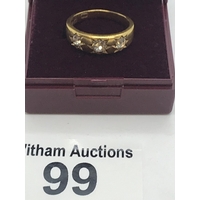 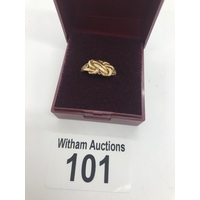