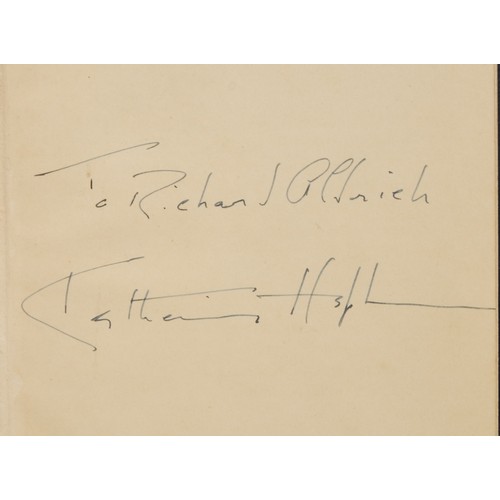 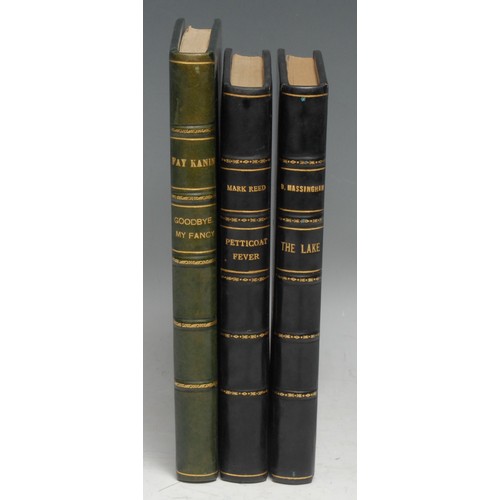 Richard Aldrich produced "The Lake" in 1934, casting Katharine Hepburn in the lead. Miss Hepburn saw this play as the vehicle for her return to the theatre after her tremendous success in the film "Little Women". The play was a huge flop. It was Hepburn's performance in "The Lake" that elicited Dorothy Parker's acid quip that Hepburn "ran the gamut of emotions from A to B." This copy of the play is signed and inscribed by Katherine Hepburn to Aldrich. 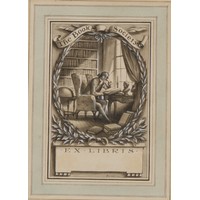 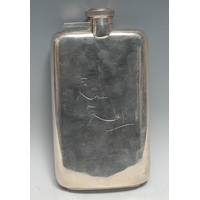