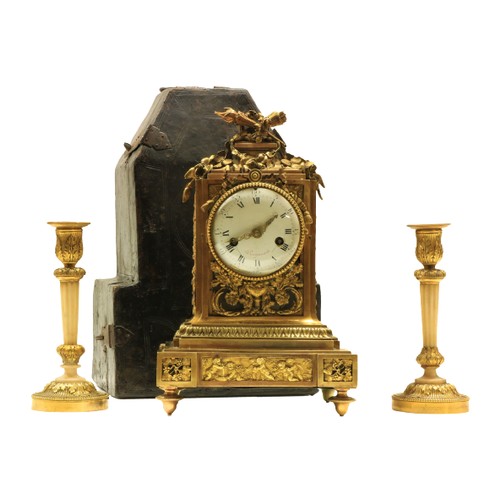 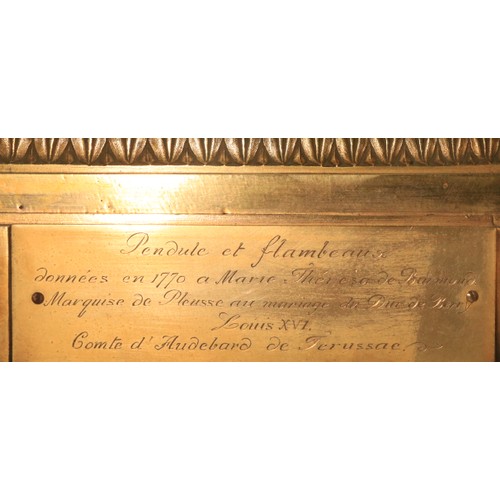 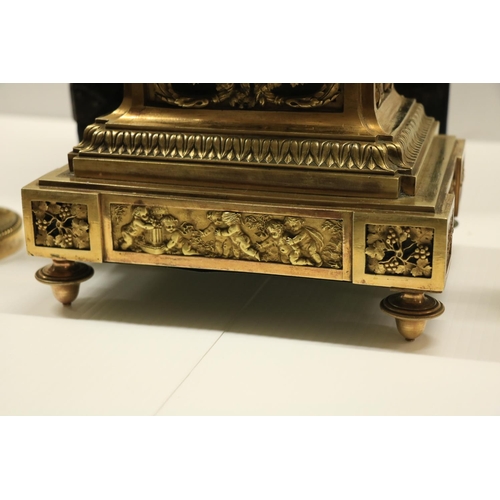 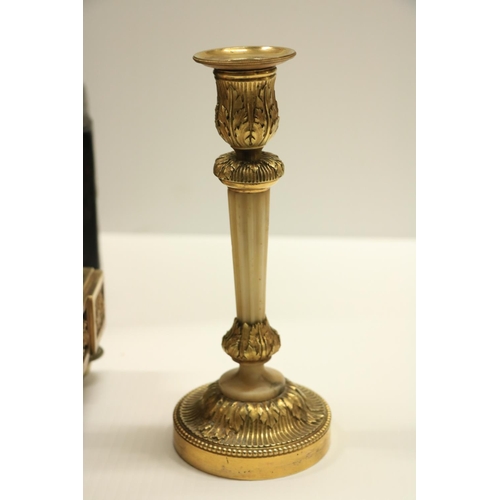 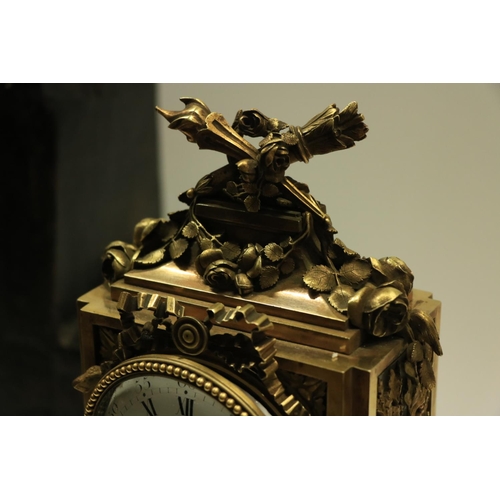 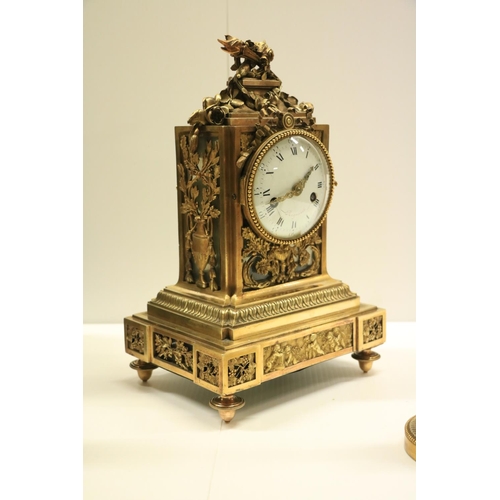 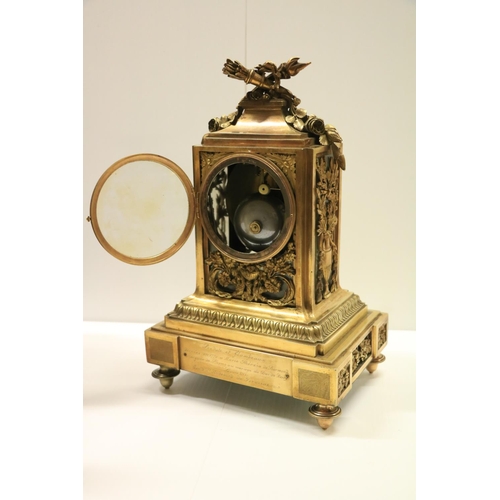 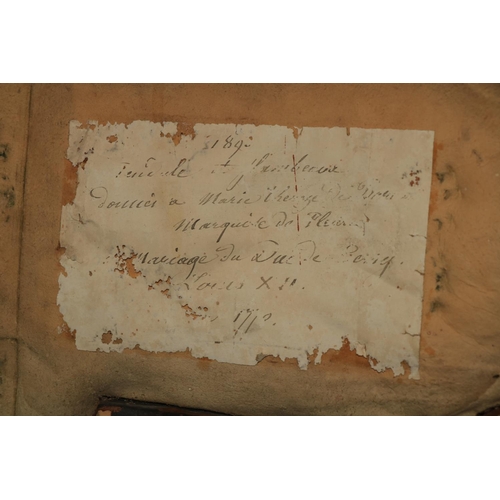 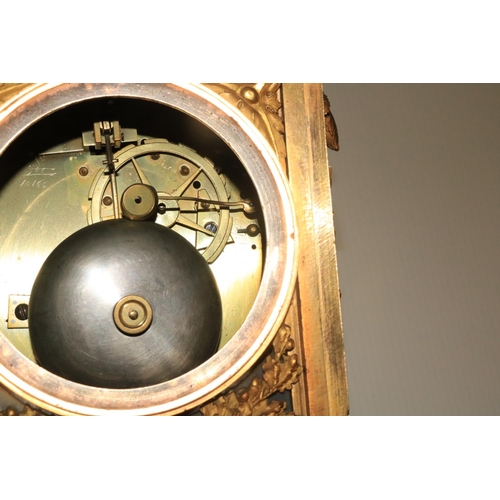 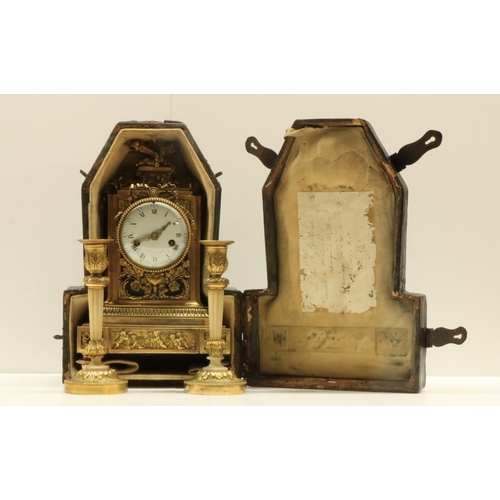 This attractive heavy ormolu Mantle Clock is of upright rectangular form, the top decorated with trophy and scrolls, over a circular white convex enamel dial with Roman numerals, outside count wheel striking on a steel bell, the pierced front and sides chased with flowers, leaves and scrolls and on a chased moulded platform, over a rectangular base with inverted centre panel chased with vines and leaves, on four adjustable circular feet, approx. 33cms high (13”); the Candlesticks with leaf cast urn sockets, on a tapering reeded column and circular leaf cast and fluted base, 8 1/2" (21cms).

Provenance  On May 16th 1770, Louis, Duc de Berry, married Archduchess Maria Antonia of Austria. He was 15, she was 14, and Louis became king in 1774. Maria Therese de Barmont was a lady-in-waiting to Marie Antoinette and received the clock as a gift from her. She was only 13 at the time of wedding.

1.       Claude Charles de Pleurre, Marquis de Pleurre was born in 1737 at Chateau de Pleurre. He was a Marechal de Camp in the Kings Army, and later a French Politician.

2.       Andree Etienne d’Audebard de Ferussac (1786 – 1836) was a renowned French Naturalist, Botanist specialising in molluscs, malacology, and was the author of several important works on the subjects. He was also a well-known politician.

3.       Colonel Herman Thorn, known as ‘The Forgotten American Prince,’ played a significant role in establishing America’s social identity in the early part of the 19th Century, through his patronage of writers, artists, and politicians. He has been lauded as the most colourful character of his generation. 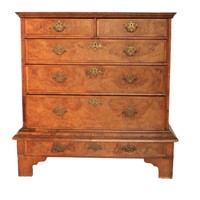 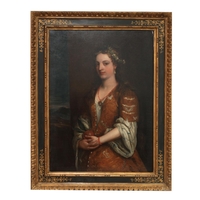