Waterloo to a soldier of the 10th Hussars.Waterloo Medal, 18... 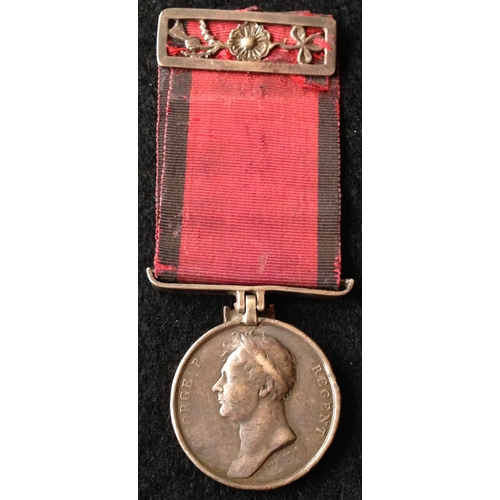 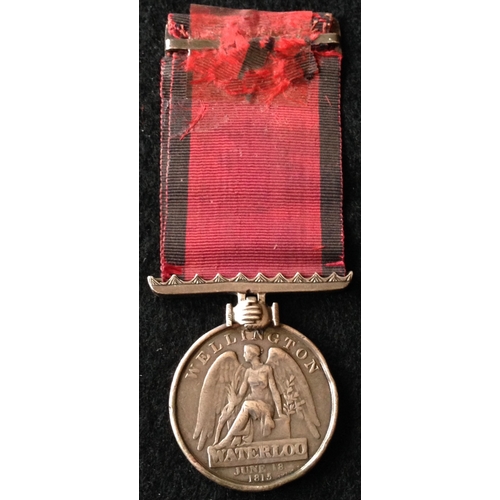 Waterloo to a soldier of the 10th Hussars.

With copied papers etc - Reed was born in Aldbourne, Wilts., in 1788 and enlisted into 10th Hussars in 1808.
This light cavalry regiment saw a great deal of arduous service in the Peninsula and Reed lived to reveive the Military General Service Medal with clasps for Vittoria, Orthes and Toulouse (known to survive).

At Waterloo, the 10th were approx. 390 strong and served in the 6th Brigade under Sir Hussey Vivian alongside the 1st Hussars KGL and the 18th Hussars They suffered 8 officers killed and wounded and 20 men killed, 40 wounded and 26 "missing" - a total casualty list of 94 or about 25% of strength.

Reed remained in the regt. until 1830 when discharged with chronic rheumatism which rendered him unable to perform the duties of a cavalry soldier.

A carpenter by trade, he is traceable as such in later censuses, living in Finchley (at "Waterloo Cottage" at one point) and died in Finchley early in 1871, almost exactly a year after his wife.

Medal on its original ribbon, though now very frail and worn from attractive fretted silver wearing bar with rose, thistle and shamrock designs and with "clasping hands" decoration to suspension ring. 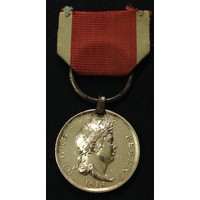 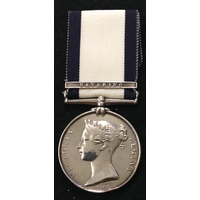