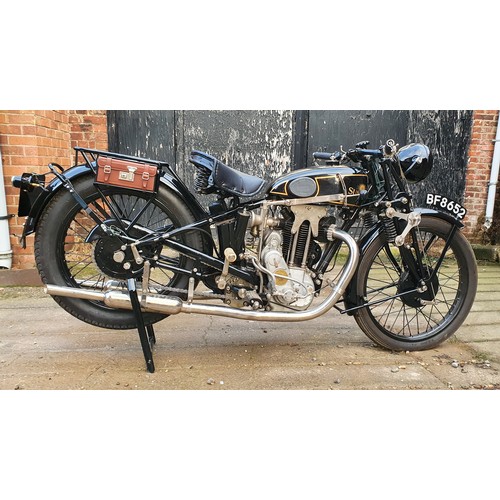 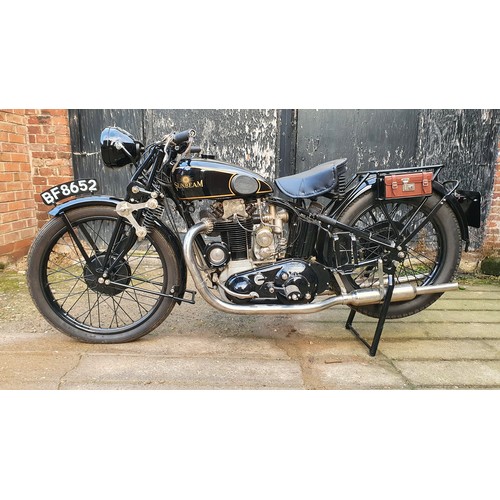 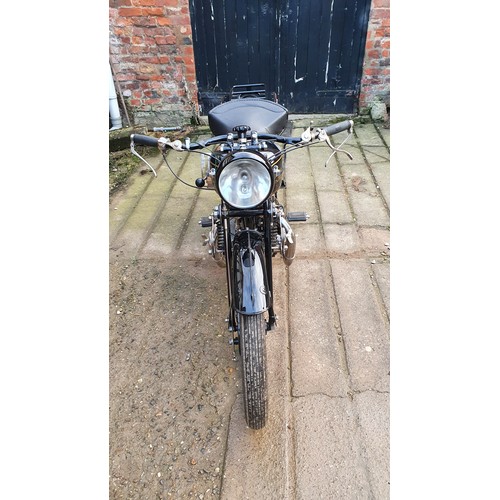 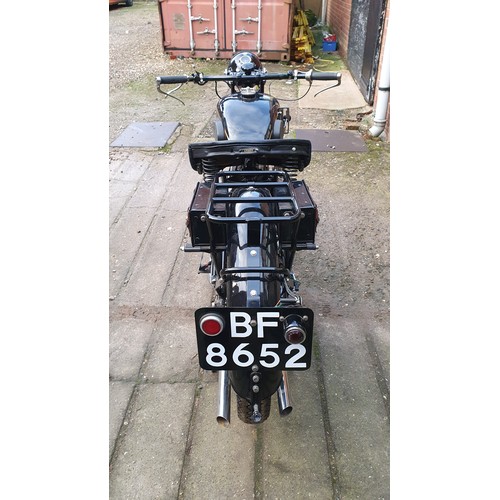 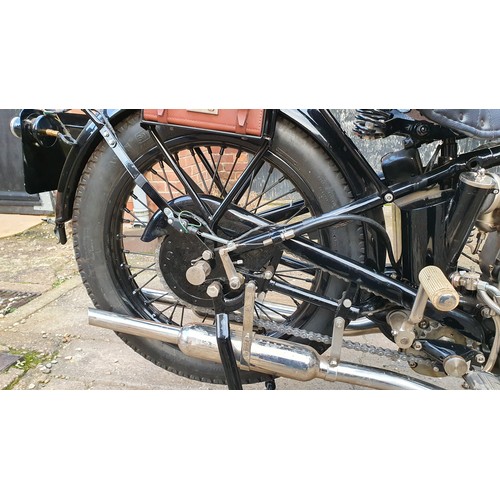 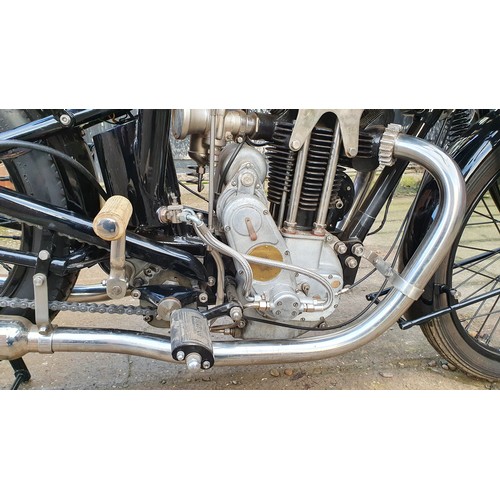 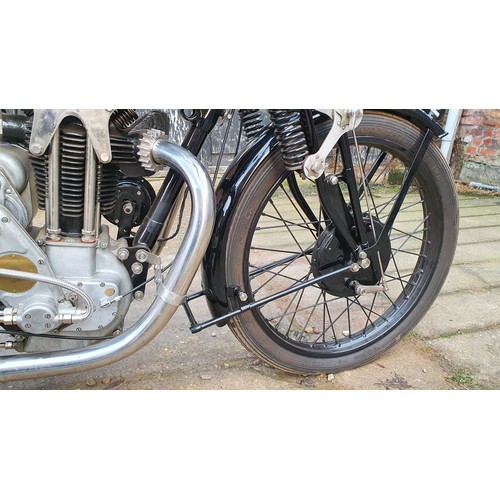 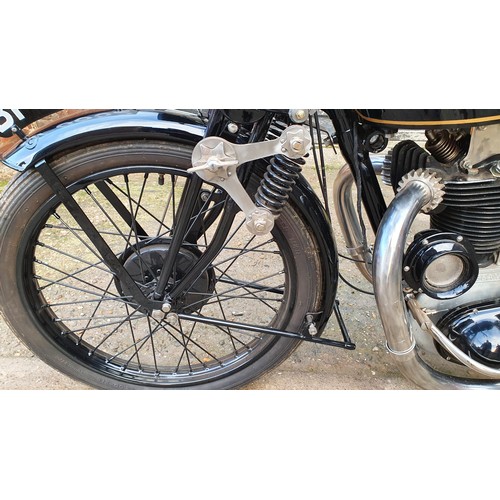 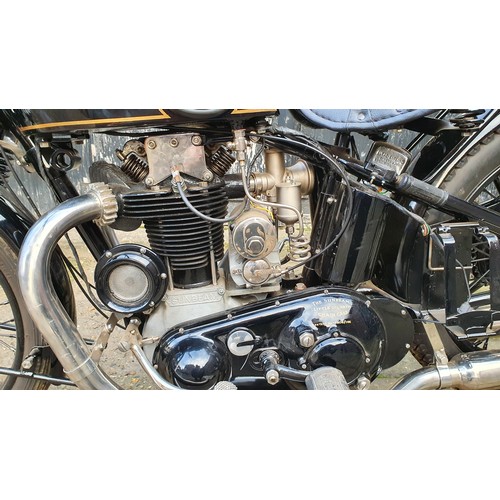 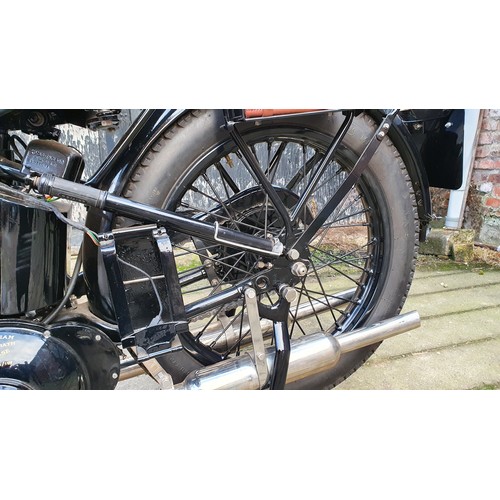 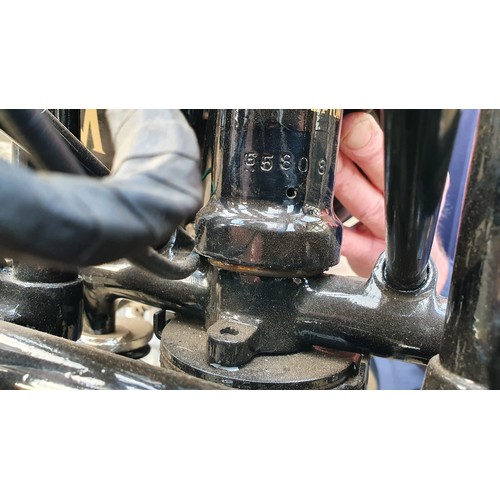 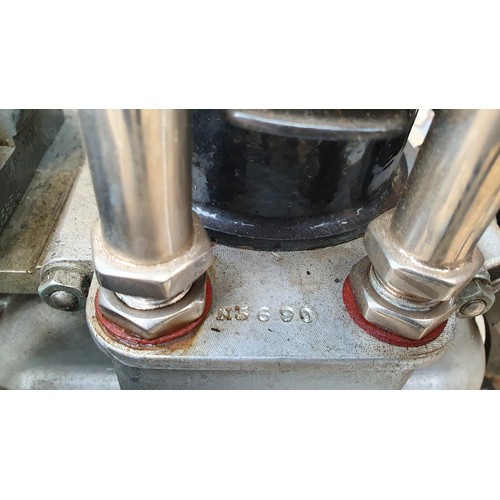 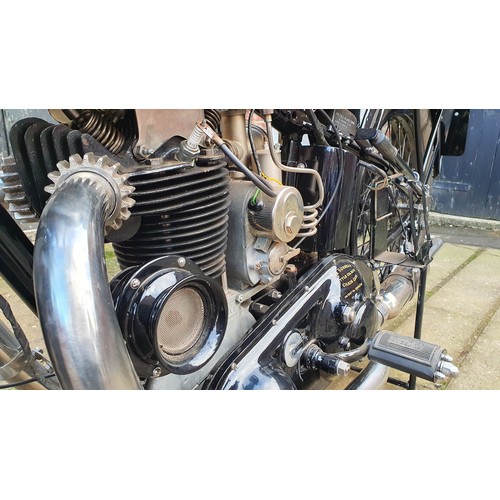 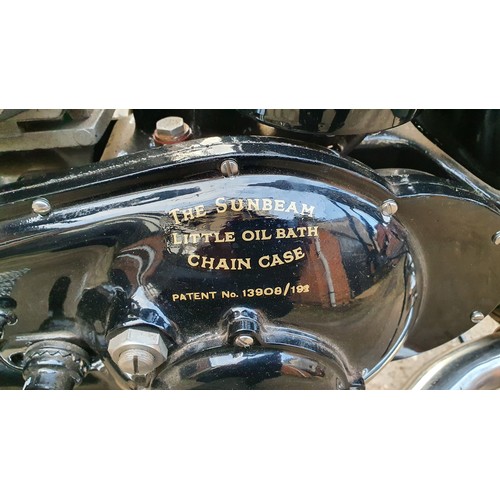 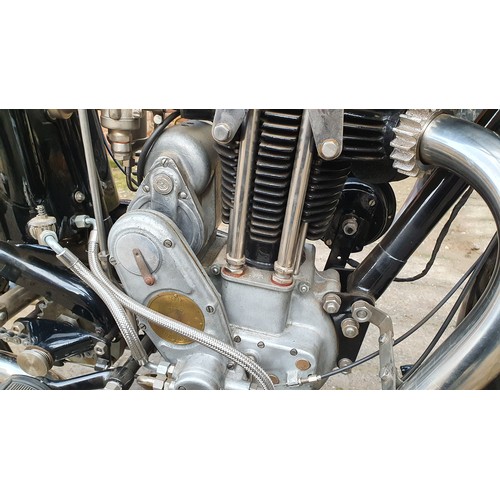 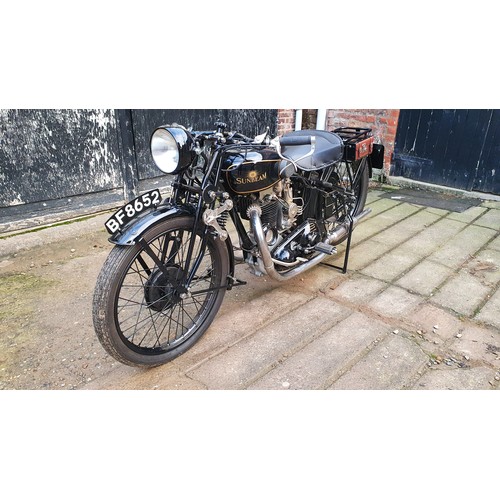 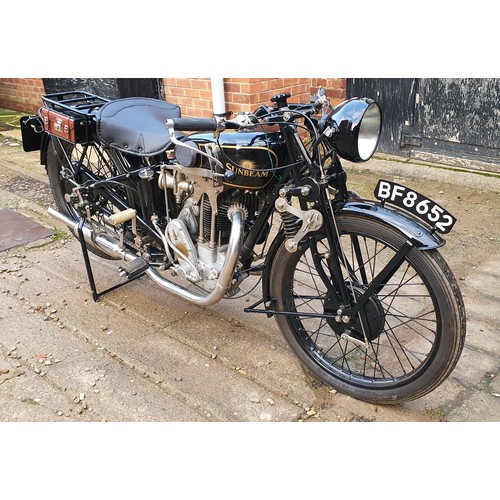 1929 Sunbeam Model 90, 493 cc. Registration number BF 8652 (non-transferrable). Frame number E5808. Engine number N3690.
In 1912, John Marston set out to make a 'Gentleman's Motor Cycle' and the Sunbeam was certainly that, being dubbed 'The Rolls-Royce of Motor Cycles' before WW1. However, the use of Sunbeams in competition was always encouraged by the works and, in the hands of riders such as George Dance, Tommy de la Hay and Alec Bennett, the marque scored hundreds of convincing successes in speed events. In the mid twenties, the Dance-inspired and tuned lightweight OHV models were astonishingly successful and almost unbeatable in sprints and hillclimbs.

When, at the behest of the Sunbeam Competition Department, much advanced gas-flow development was done by Harry Weslake on the beautifully-made pushrod engine, the resulting Model 90' overhead-valve models found the power and stamina to win race after race, with T.T. success with Charlie Dodson in 1928 and 1929, and a near miss in 1930, where gearbox design had fallen behind that of their rivals'.

After that, amongst the debt crisis so prominent during the economic collapse of the '30s, Sunbeam continued to produce road machines of high quality and the Model 90 in road and race versions for the wealthy and fortunate few, though only as 'works-supported' rather than the former 'Works' machines when specified for competition use.
BV was purchased by our vendors father, Spike Holman, c 2000 in East Sussex as an almost complete project, see photographs on file, he was serial restorer of vintage machinery, including the AJS Model S2 in this auction. The full restoration was undertaken over several years; in 2006 the forks were refurbished by Chris Odling of Oban, with a Bentley & Draper damper set, new springs and a top yoke spindle tube. By March 2018 he had obtained a dating certificate and the machine was registered with DVLA in the June.
Unused since completion, the engine has no fluids in it and commissioning will be required, along with final adjustments. Sold with the V5C, dating certificate, pre restoration photographs and several books on the marque. 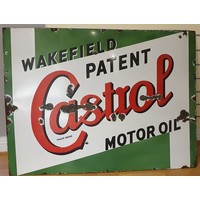 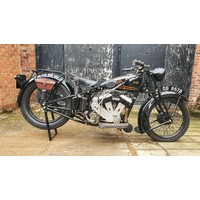