Local Interest - A quantity of correspondence relating to th... 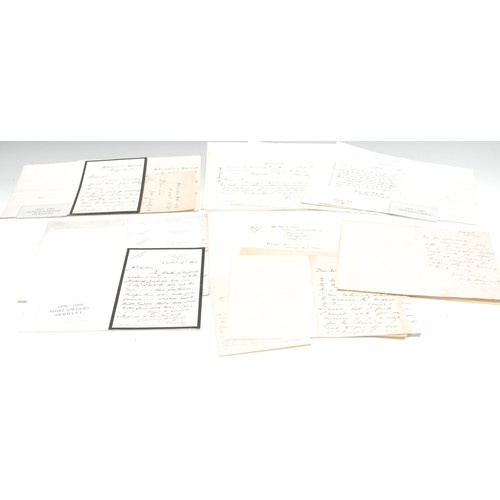 Local Interest - A quantity of correspondence relating to the Derwent Hall estate, 1896-1901.
Derwent Hall was owned by the Duke of Norfolk, and at the time of the correspondence (which
consists of approximately 54 letters grouped in four folders, each in date order) it was occupied
by the 14th Duke’s second son, Lord Edmund FitzAlan-Howard (who between 1875 and 1921
had assumed the surname of Talbot) and his wife, Lady Mary Bertie, a daughter of the Earl of
Abingdon. The estate was run from the Norfolk Estates office in Sheffield, presided over by
the agent, Michael Ellison (the third of his family to serve the Howard family’s agent there (or
at Glossop) and cousin of the Duke’s architect, Matthew Ellison Hadfield). On the spot the
estate’s affairs were managed successively by Thomas Winder, Henry Coverdale (1850-1933)
and E. Winder, tenants at Shire Owlers.
The is some correspondence about a statue of St. Edmund commissioned for the Chapel at the
Hall (designed by Joseph Aloysius Hansom in 1877 who also much enlarged the 17th century
house) which had sustained damage in transit, one letter being from Joseph M. Hansom, son
of the chapel’s architect, in London. There are also letters concerning an attempt by a Mr.
Swindell to buy the hall from Lord Edmund, also from Revd. Walter Rouse, the vicar, from
Revd. Francis Morris Hayward, the Talbot’s Catholic chaplain and minister of the churchschool at Bamford (built 1882), from hall butler John Dunn and head gardener Andrew Roche.
Whilst generally routine, they constitute a vivid picture of the everyday life and problems on a
large upland estate at the dawn of the 20th century. Some black bordered letters mark the death
of Lord Edmund’s aunt, Lady Mary Charlotte FitzAlan-Howard, Lady Foley who died 8th
April 1897.
There are also letters concerning requirements of the Derwent Valley Water Board, presaging
the building of the Howden, Derwent and Lady Bower reservoirs 1901-1944, including one
from the celebrated chief engineer Edward Sandeman, which eventually drowned much of the
estate and three villages. Whilst Lord Edmund pursued a successful diplomatic career
(culminating with appointment as Lord Lieutenant of Ireland – the last – in 1921, for which he
was created Viscount FitzAlan of Derwent) the house was abandoned by the family in the late
1920s and became a Youth Hostel, before being demolished and the site flooded in 1944. Lord
FtzAlan died aged 91 in 1947.
The majority of Derwent Estate Papers are in the Arundel Castle deposit in Sheffield Archives,
ACM/1-166. 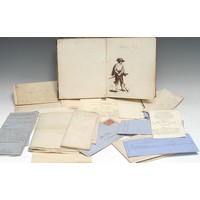 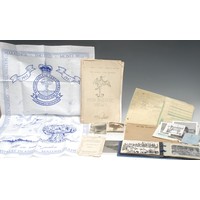