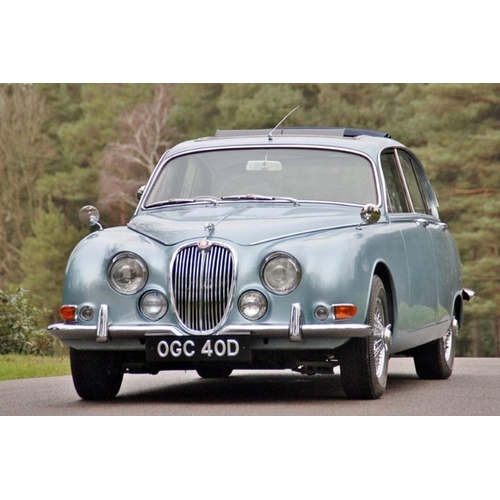 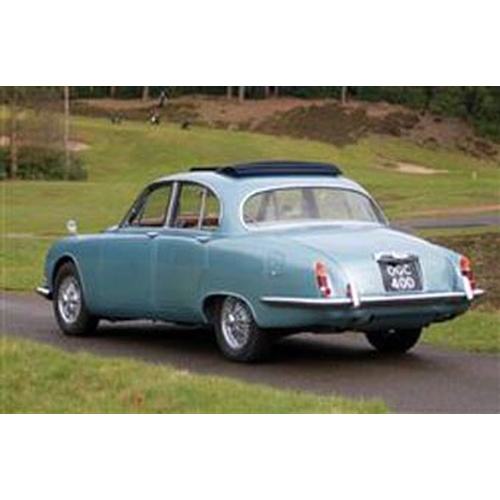 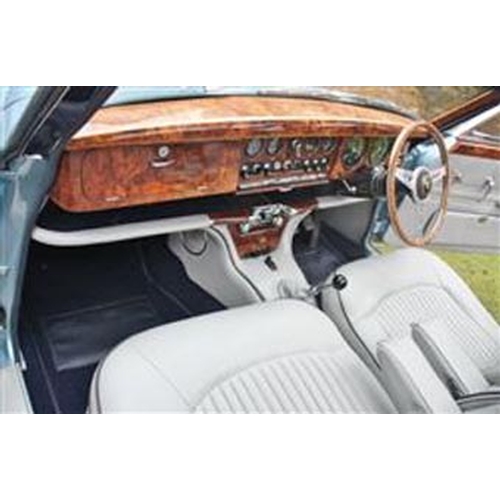 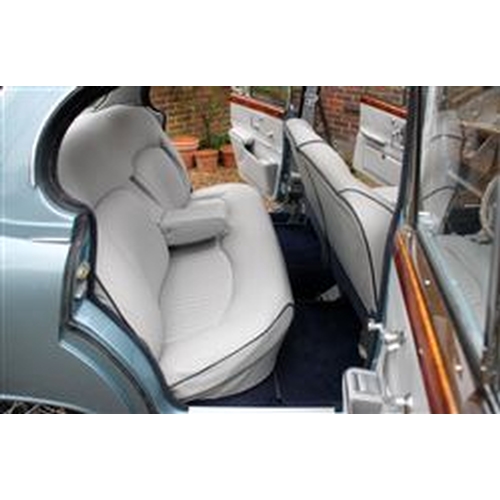 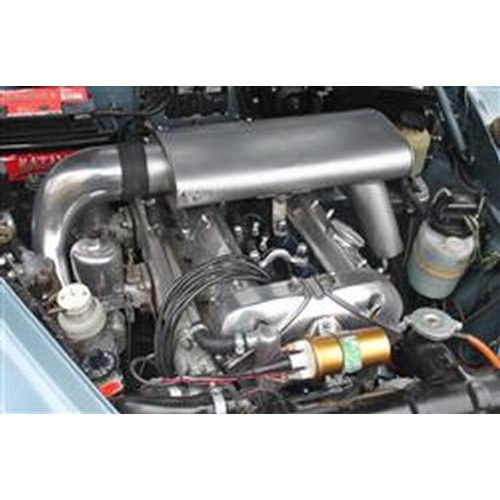 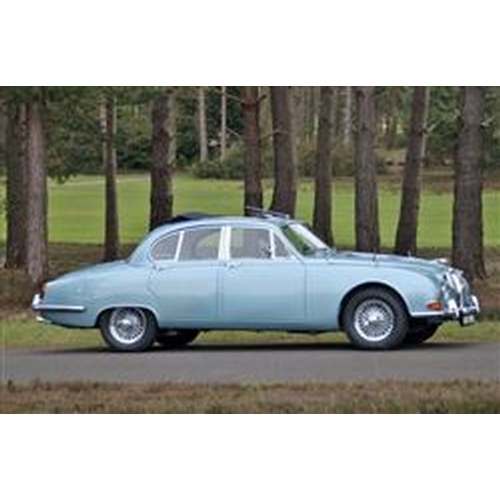 Manufacturer: Jaguar
Model: S-Type 3.8
First Registered: 1966
Registration No: OGC 40D
Mileometer:
Chassis No: 1B58931DN
MOT: 17 February 2020
Colour: Blue
The Jaguar S-type 3.8 litre appeared alongside the 3.4 version at the cars launch in 1963. The new S-type owed much to its MKII stable-mates as well as the much larger MKX of the same period. The S-type was aimed at Jaguar drivers looking for slightly more sophistication than was offered by the MKII and the cars independent rear suspension and different styling cues highlighted the luxury side of the cars character and played down the sporty image of the MKII. The 3.8 version of the S-type provided sparkling performance and could reach a maximum of 125mph. The S-type used a modified Mk II bodyshell, which had unique front and rear styling and included a sumptuous interior. Production of the S-type ceased in 1968 when its replacement, the 420, arrived.

This gorgeous looking S-Type received a nut and bolt restoration around thirteen years ago, including sensible upgrades for modern driving. In 2014 it was exported briefly to Belgium where it covered approximately 15,000 miles over two years. The owner at that time states the prior works included replacement, rebuilt engine ‘a’la’ Mk 10’ with straight port head, 2” SU carbs and new ancillaries. Machined by Crosswait and Gardener, parts from David Manners, all detailed to concours standard at the time. A Gertrag five speed manual gear box replaced the original overdrive set-up, plus new rack and pinon power steering with electric pump was fitted. Other conversions include spin on oil filter, alternator charging system, Kenlow fan, electronic ignition and ‘Coombs’ fashioned bonnet louvres.

A bare metal respray including engine bay and complete re-trim by The Trim Centre comprising of new leather, wool carpets in dark blue, new headlining, re- trimmed Webasto sunshine roof, re- trimmed boot, and a wood rim steering wheel. A full re-chrome and new wire wheels were fitted. The car was sold at sub-restoration costs by Robert Hughes in 2016 for £25,000 and the last owner has recently spent around £5,000 on renewals, often precautionary despite driving just around 2,000 miles. There is a nice big file with the car and it still presents like a freshly restored car, which is testament to the former workmanship and subsequent owners. The MOT runs to 2020 and the reserve is very sensible. 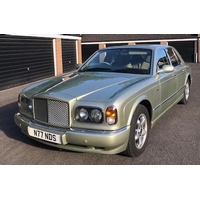 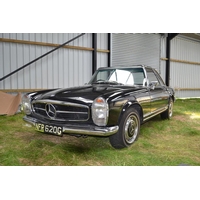