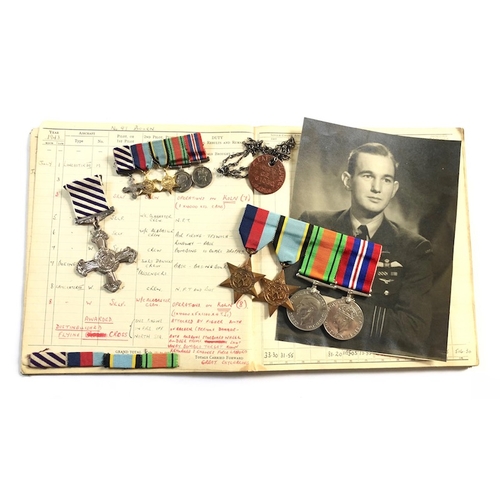 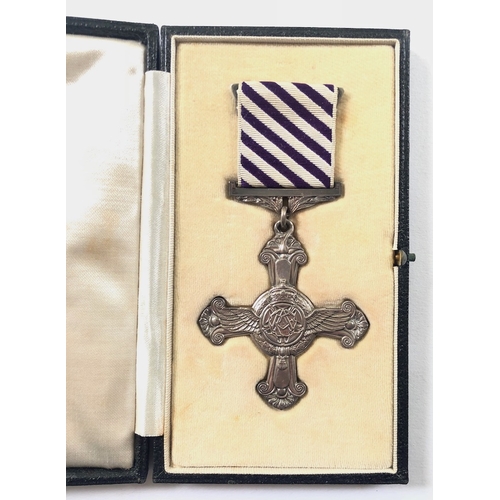 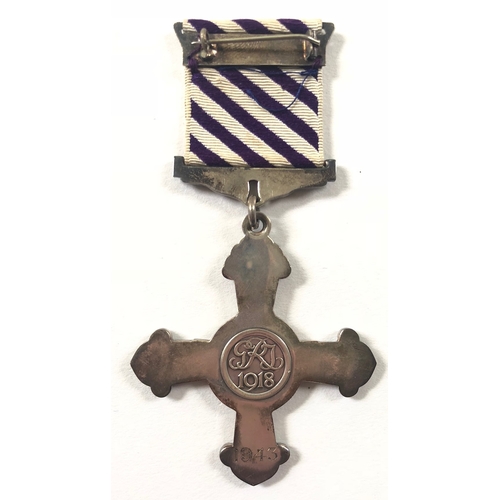 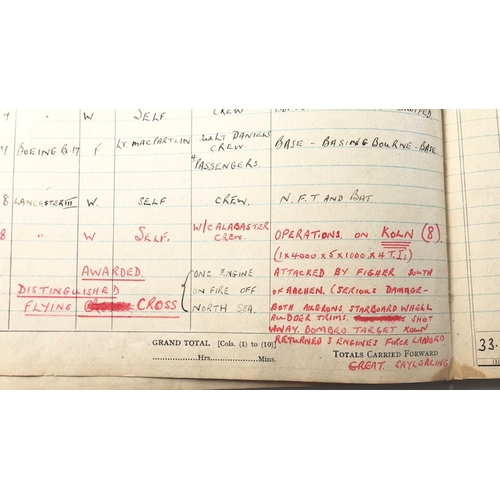 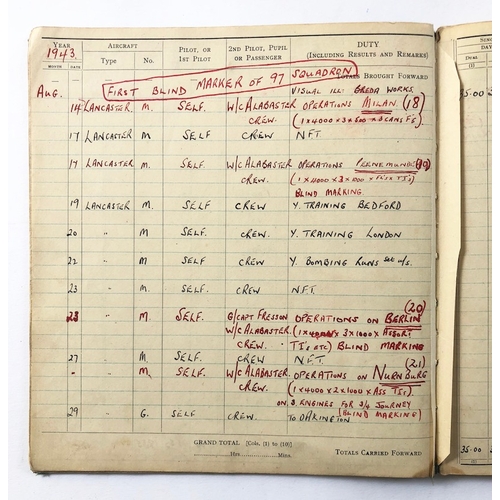 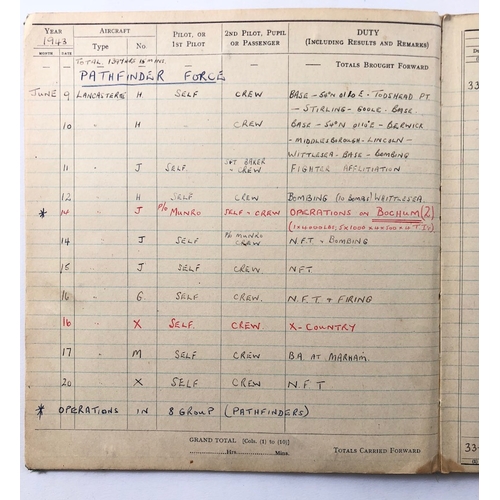 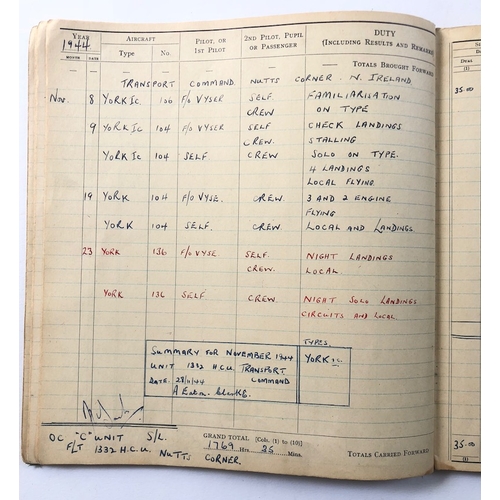 WW2 RAF Pathfinder Squadron DFC Medal Group, Log Books etc. .
A fine DFC medal group awarded to Squadron Leader Alfred Eaton Clarke DFC of 97 Pathfinder Squadron who on a raid to Koln, after a night fighter attacked pressed on to the target and got his crew home safely on three engines. Comprising: Medal Group. Distinguished Flying Cross (1943 in case of award), 1939/45 Star, Aircrew Europe Star, Defence Medal, War Medal. .... Miniature Medal Group. ... Two RAF Pilot Log Books. ... Framed portrait photograph. ... Training books. ... etc. . . . .Distinguished Flying Cross London Gazette 30.7.43Â  Joint citation with with Wing Commander Alabaster. One night in July 1943 Wing Commander Alabaster was captain and navigator of an aircraft piloted by Flight Lieutenant Clarke detailed to attack Cologne.Â  Some 50 miles from the target the bomber was attacked by an enemy fighter.Â  Before it could be evaded the aircraft was repeatedly hit.Â  One engine was damaged, other structural essentials almost shot away, while the rear gunner was wounded and his turret rendered unserviceable.Â  The bomber became difficult to control but, despite this, course was re-set for the target which was attacked successfully.Â  On the return flight shortly after crossing the enemy coast, the damaged engine caught fire and could not be extinguished but Flight Lieutenant Clarke flew on to the nearest airfield to effect a masterly landing.Â  This pilot displayed outstanding skill and tenacity while Wing Commander Alabasterâs high navigational skill and excellent captaincy proved a valuable contribution to the success of the operation. Squadron Leader Alfred Eaton Clarke DFC, a South African enlisted into the RAF Volunteering for Pilot Training which he began on the 26th August 1940 at 16 EFTS Derby. He was posted to 1512 B.A.T. Flight at RAF Dishforth, attached 51 Squadron as a flying Instructor in September 1941. Posted to 26 OTU in February 1943 and then 1654 OCU where he converted to the Lancaster bomber and flew his first operation with the unit on the 29th May 1943 to Wuppertal. Posted to 97 Pathfinder Squadron he flew his first PPF operation to Bochum on the 14th June 1943. Then followed a steady stream of operations, on the night of the 8th July 1943 he was briefed for his 8th trip an op to Koln, the log book states Attacked by fighter South of Archen serious damage both ailerons starboard shell, rudder trims, shot away, bombed target returned 3 engines forced landed Great Saylerling. Awarded the Distinguished Flying Cross. He returned to operations on the 24th July with a trip to Hamburg. The log goes on to record 31 trips, including the Squadrons first Blind Marker operation, this time to Milan, and other notable targets include Berlin, Peenemunde, Nurnburg etc. Screened from operations in December 1943 he was posted to 14 OTU at Market Harborough and in May 1944 was posted to the United States, returning in November 1944 to join 1332 HCU Transport Command flying the Avro York. He finished the war with 511 Squadron and the last entry in the log is for January 1946 a DC3 of American Airlines. 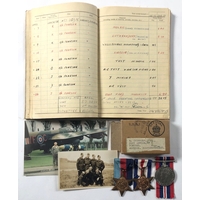 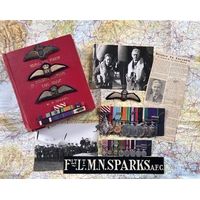