A most interesting family group of medals to a father and tw...

by Wallis and Wallis
1/2 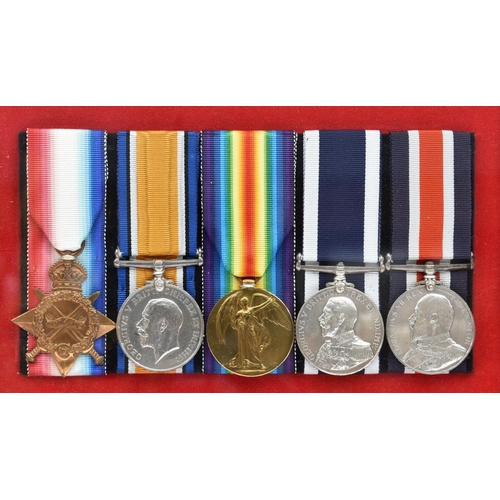 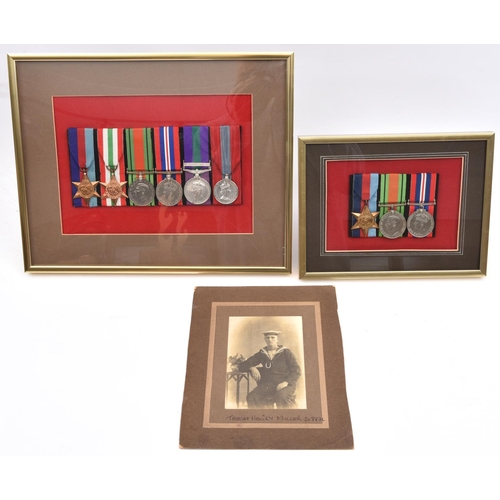 A most interesting family group of medals to a father and two sons comprising: (a) Five: 1914-15 star, BWM, Victory (208876 T.H. Miller Act L.S. RN), Naval LS & GC, George V issue (AB, HMS President), Naval Good Shooting medal, Ed VII issue (A.B., HMS Antrim, 1908 3PD Q.F) GVF; with recipient’s Certificate of Service on vellum which confirms service aboard HMS Venerable during operations off the Belgian coast, Oct. 1914; studio portrait of Thomas Henry Miller, uniform cap with Venerable tally; 3 other postcards (damaged); (b) Son’s group of six: 1939-45 star, Italy star, Defence, War, GSM 1918 1 clasp Palestine 1945-48 (14324061 Cpl S A Miller R Sigs), ISM, EIIR issue (Sydney Alfred Miller) with soldier’s pay book (AF), a temporary testimonial note from May 1946 etc; (c) Second Son’s trio: 1939-45 star, Defence and War medals (un-named as issued but the medals of 2338081 Signalman L.T. Miller, R Corps of Signals) GVF, with War Office casualty letter informing father his son was travelling on SS Ceramic, which was torpedoed 7th December 1942 and presumed killed in action at sea, with other notes/internet download research. Note: SS Ceramic, a former White Star passenger steam ship was on a voyage from Liverpool to Australia via South Africa when torpedoed in mid Atlantic by U-515 commanded by Kapitanleutnant Werner Henke, a recipient of the Knight’s Cross of the Iron Cross with oak leaves. Ceramic, which was carrying approx. 650 comprising civilians, crew and military personnel, did not sink at once and it took further torpedoes to dispatch her. Survivors, including women and children took to lifeboats but were not picked up. The following day Henke returned to the area to try and establish Ceramic’s route by locating her captain or other officer. Some survivors were seen but the conditions worsened (it being nearly a Force 10 storm), one upturned lifeboat was found with seven survivors clinging on and from this Sapper Eric Munday RE alone was rescued, (it has been reported that the Sapper pleaded with Henke to try and save the other six but, allegedly, he refused). Munday was taken as a Prisoner of War. In 1944 U-515 was sunk by US Forces and survivors including Henke were rescued. During the voyage back to the US the story of SS Ceramic emerged. Henke was taken as a prisoner to Fort Hunt in Virginia and, on 15th June, 1944 fearful of being handed over to the British for war crimes, calmly walked to the perimeter and climbed the fencing before being shot dead in what was taken as a suicide attempt. Admiral Donitz later announced the officer’s death as “we have lost one of our best”. The three groups are all recently framed, for the first group only see Plate 1 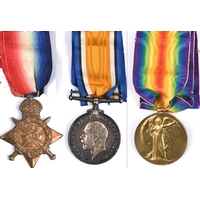 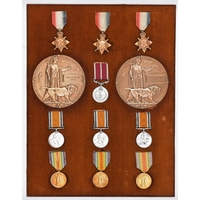