Antique Roadshow glassware specialist, Andy McConnell received some shocking news about a liquid he tasted for a show back in 2016.. 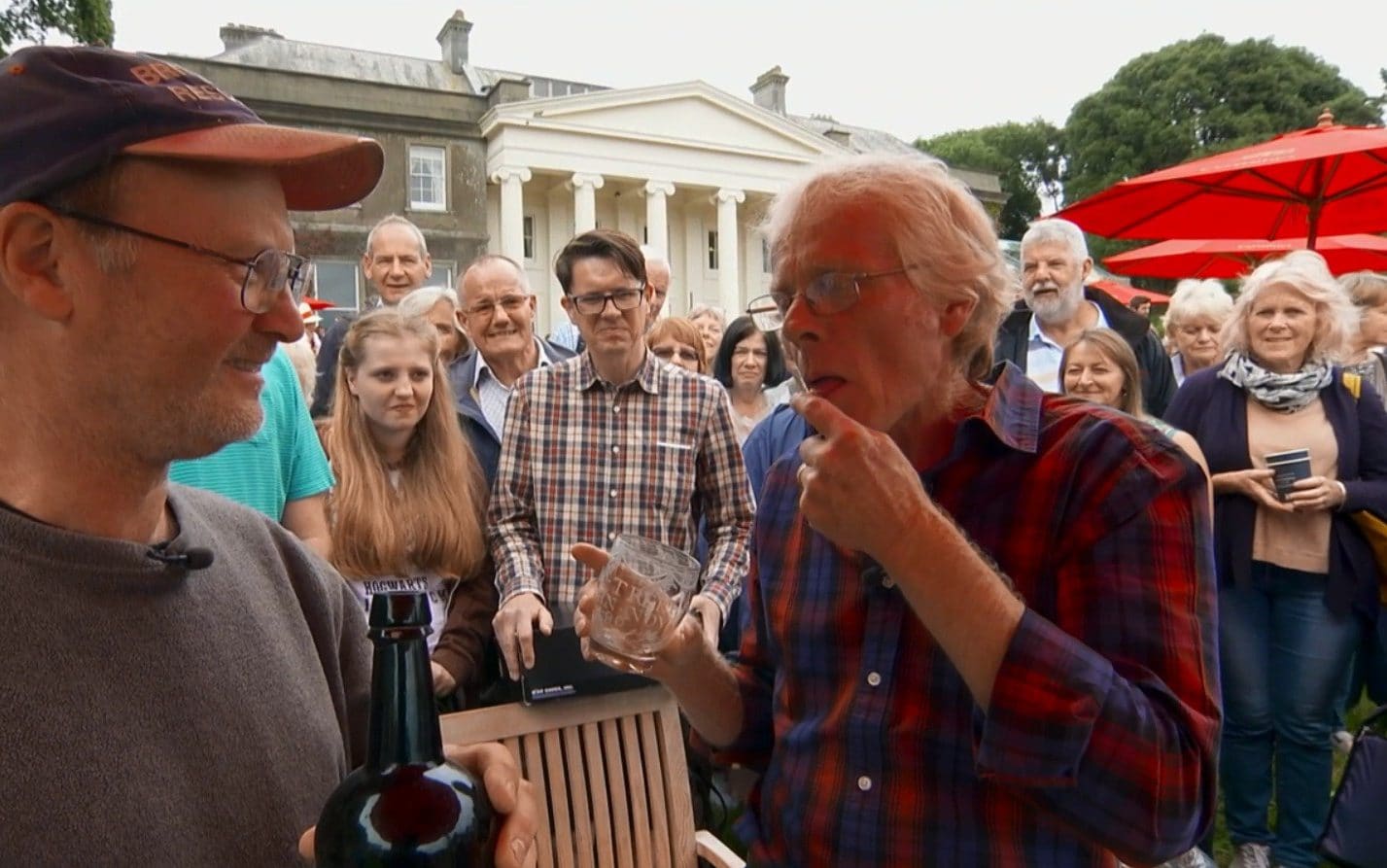 This embarrassing tale begins in when an episode of the 2016 Antiques Roadshow was being filmed in Trelissick, Cornwall. A guest took along an antique glass bottle which he had found buried under the threshold of his house.

The show’s glass specialist, Andy McConnell inspected the sealed bottle from the 19th Century and decided to sample its mysterious contents to aid in his valuation. Using a syringe, he took some of the liquid from the bottle and transferred it to a tumbler.

He then proceeded to sip the unknown contents. Mr McConnell well-wishers have since asked him about his health after he quaffed the mystery liquid in 2016, finding it strange for anyone to drink a liquid of unknown origins. They also asked why he had done it? His response;

“I was always the naughty boy at school. It was too good an opportunity to miss.”

Mr McConnell recently received a shock when Fiona Bruce announced on last weekend’s show that the liquid he had sipped, had been sent away for testing and the results were back.

She said: “What this was, was not a bottle of port or wine, but a witch's bottle, buried in the house as a talisman.”

She told Andy McConnell that the liquid was in fact, antique urine mixed in the mid 19th century to ward off evil

She said: “You thought it might be port or wine.  That would have been nice. Inside were these brass pins.

“The liquid: urine, a tiny bit of alcohol, and one human hair.”

The bottle also contained a small shelled creature, in what Bruce announced was a measure to keep evil away.

The humorous tale is one that will serve as a warning to perhaps not take a swig of unknown liquids found in old glass bottles, we suppose he can only be grateful it did not contain poison or anything toxic. It did certainly give viewers a laugh and made us smile. Would you be brave enough to taste test antique liquids?