African artefacts were at the centre of controversy with calls to halt their sale with Christie's in Paris so they could be repatriated to Nigeria, yet the auctioneer decided to proceed with the sale. 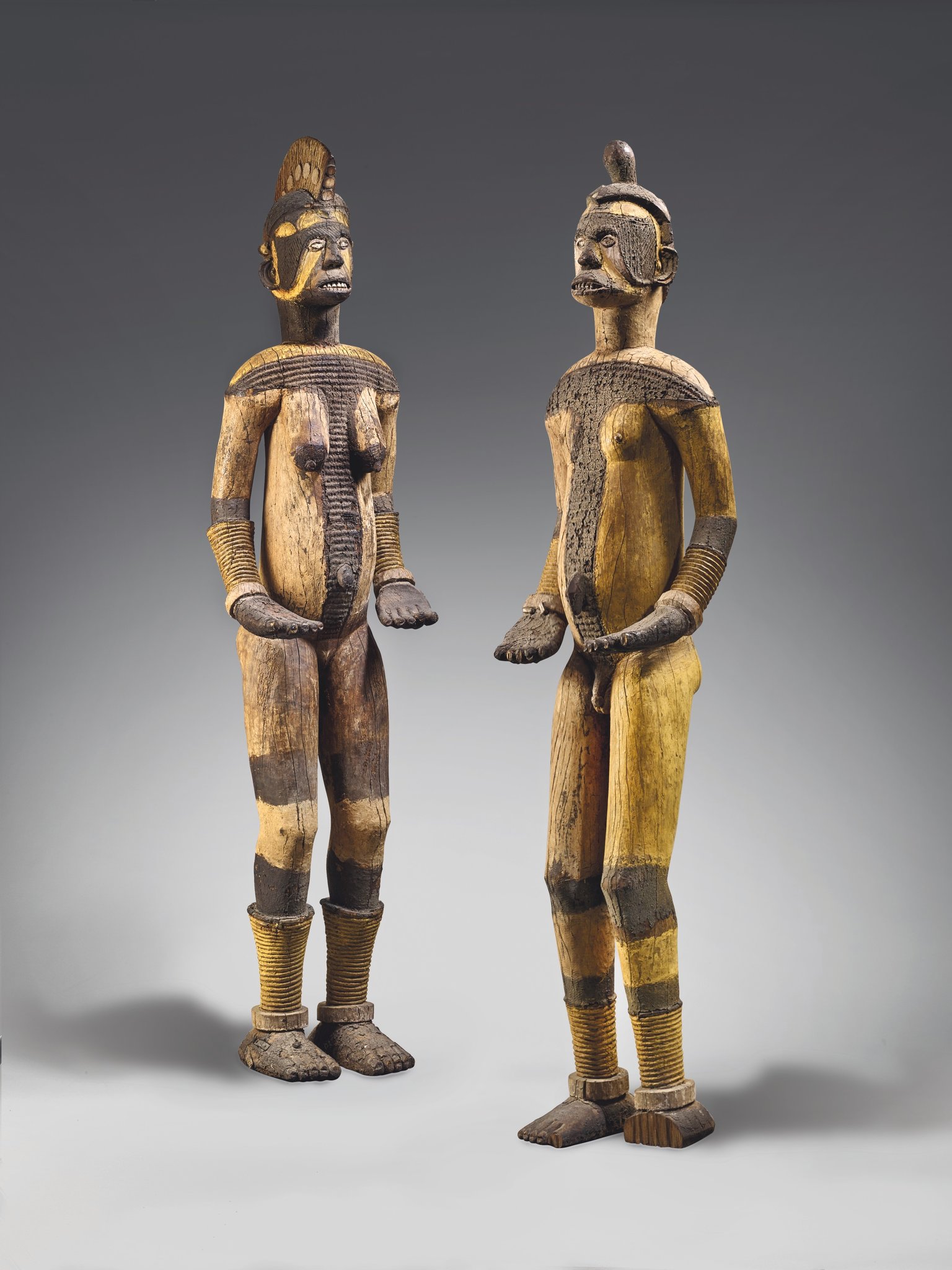 As statues of figures with ties to the slave trade and Europe’s colonial past are being torn down across the Western world, Christie’s of Paris has gone ahead with a controversial sale despite calls for it to be halted earlier this month. The disputed items are a pair of sacred, life-size male and female Nigerian statues. Alongside Nigeria’s National Commission for Museums and Monuments, a Princeton scholar, Professor Chika Okeke-Agulu, appealed to Christie’s not to go ahead with the sale, claiming that the items were stolen from the Igbo tribe in Anambra, of which he is a member, during the Biafran War in the late 1960’s.

Okeke-Agulu, who claimed that the items should not be sold because they were taken in an “act of violence”, was supported by an online petition with more than 2,000 signatures which stated: "As the world awakens to the reality of systemic racial injustice and inequality, thanks to the #BlackLivesMatter movement, we must not forget that it is not just the Black body, but also Black culture, identity and especially art that is being misappropriated".

Over three million Nigerian civilians perished during the brutal Biafran civil war, which occurred between 1967 and 1970. It is claimed that whilst the war raged, a renowned European treasure hunter, Jacques Kerchache, was in Biafra on the search to acquire the local people’s ‘cultural heritage’.

Despite the controversy, Christie’s decided to go ahead with the sale, arguing that the items were being sold lawfully on the grounds that they had been publicly exhibited as well as sold previously during the past few decades, prior to the auction house’s involvement.

It has been common, in the past, for controversy to raise the selling price of the items in question, due to the surrounding media interest, but the reverse can also happen where buyers are deterred due to fears of a backlash. In this instance, it appears that the latter may be the case since the figures, which were described by the auction house as ‘among the greatest sculptures of African art’, sold for 212,500 euros. They were originally estimated to fetch between 250,000 and 350,000 euros.

Jacques Kerchache, who was named as a possible looter of the sculptures by those contesting the sale, was identified by Christie’s as a former owner of the items but the auction house asserted that they had worked to reassure all enquiries regarding the legitimacy of the sale and stated that, despite being a former owner, Kerchache had not visited Nigeria during the late 1960’s. In a pre-sale statement, Christies stated that “There is no evidence these statues were removed from their original location by someone who was not local to the area”.

The auction house stated that Kerchache, who was involved in the foundation of the Quai Branly Museum in Paris, which is known for displaying artefacts originating from France’s former colonies, acquired the items in 1968 or 1969 from an African dealer before they later changed ownership to another private collector who was the seller in this case.

Okeke-Agulu is one of many voices calling for Europe and America to repatriate African artworks in collections which are suspected to have been acquired through illegal looting or colonial exploitation.

Back in 2018, President Macron of France commissioned a report recommending that museums across the country permanently repatriate artworks thought to have been removed without consent from Africa, should their nations of origin request their return. Subsequently, the president confirmed that 26 pieces from the Quai Branly Museum, which were looted by the French forces, would be returned. To date, the items remain in France because a suitable host museum in Benin is yet to be constructed. With the repatriation process virtually stalled, protestors descended upon the Quai Branly Museum last month, making an unsuccessful attempt to remove an African funeral pole.

The Igbo sculptures were sold in 2010 to the seller of this week’s auction by Brussels based dealer, Bernard de Grunne. De Grunne stated in an email that: “We cannot connect them with the chaos caused by the Biafran war, as we do not know when precisely they came out of Nigeria. They could have come out anytime between 1968 and 1983.”

Controversially, he went on to add that: “A reverse argument can also be made that these great works of art were saved for the world to admire at that point, instead of being burned and destroyed during the war”.

Whilst Christie’s has said it does recognise that the debates around cultural property are nuanced and complex, it is of the view that public sales of objects like the Igbo figures should go ahead to prevent the (unfortunately named) black market from flourishing. What do you think?