Magritte Masterpiece up for Auction With a £45 Million Estimate


A stunning one of a kind piece of art is consigned to Sotheby's Europe.

A masterpiece by Belgian surrealist Rene Magritte is going up for auction for the first time, and it's expected to fetch a staggering £45 million. The piece, L'empire des lumières, has been described as one of the most desirable works in private hands. 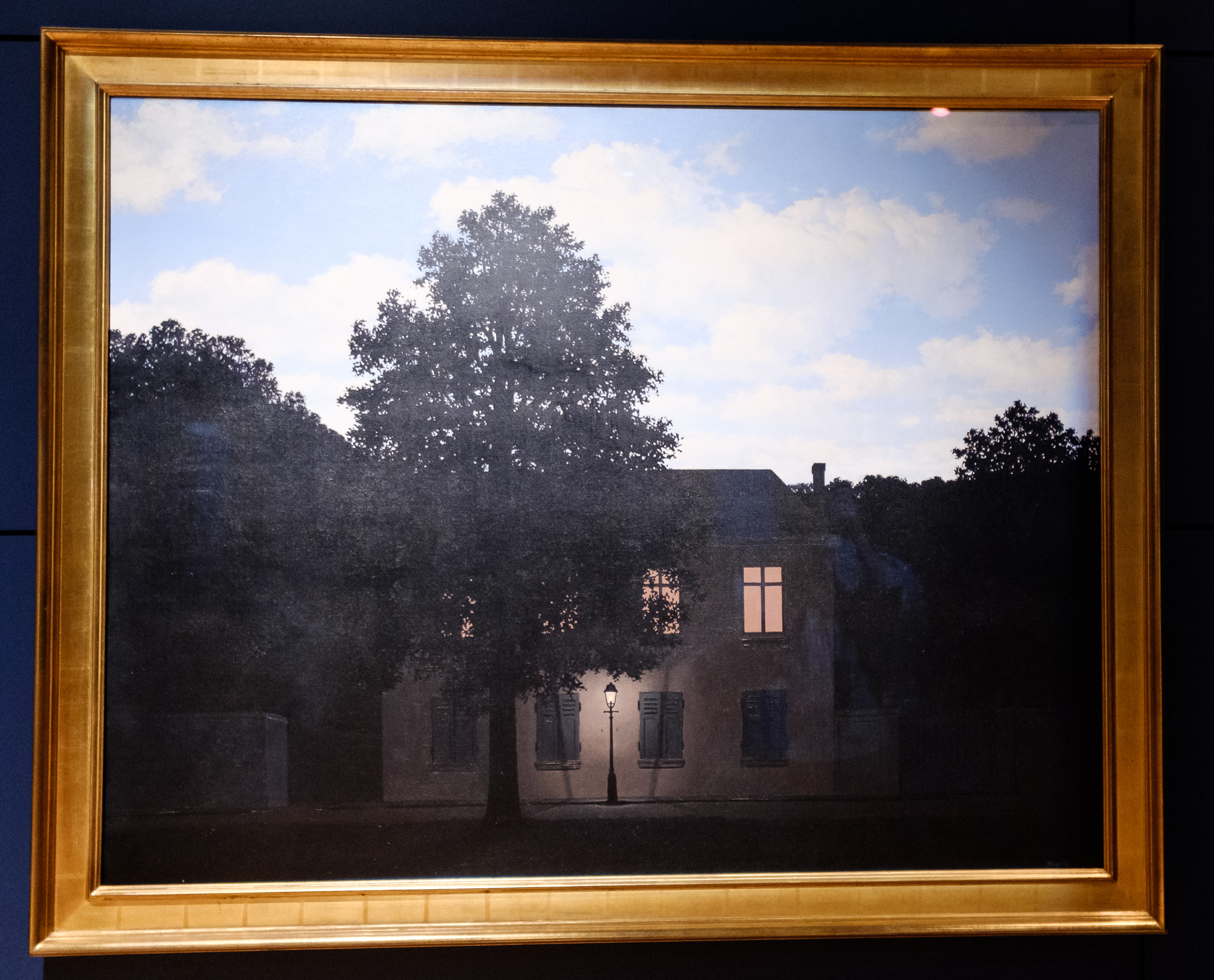 Chair of Sotheby's Europe, Helena Newman, has stated that the 'show-stopping' painting will be the auction star, with the sale taking place on March 2nd in London. The painting depicts a Brussels' street at night with a bright blue sky, which is thought to be a scene near where the surrealist lived.

The masterpiece was painted by Magritte in 1961 for Anne-Marie Gillion Crowet, a muse and close friend of the artist. She was introduced to Magritte through her father, Pierre Crowet, a Belgian surrealist collector.

Anne-Marie Gillion Crowet's likeness is seen in several Magritte paintings. Interestingly, it can be seen in works completed before the pair met. She was 16 upon their first meeting, after which Magritte stated "Tu vois, je te peignais déjà avant de te connaître", which means "You see, I was already painting you before I knew you."

Magritte spent a great deal of time with Pierre Crowet before his death in 1967. The pair used to play chess at the artist's favourite bistro and watch Buster Keaton and Charlie Chaplin movies, along with Crowet's wife, Georgette.

If the estimated price of £45 million is met or exceeded, it will be the highest price ever paid for a Magritte piece. As it stands, it is already amongst the highest estimates for a work of art in Europe. L'empire des lumières is part of a series Magritte started working on in 1948. He returned to his vision, enriching it over time, and created 17 pieces in total.
Nelson Rockefeller purchased the first version of the painting. Others are held in the Museum of Modern Art in New York, the Peggy Guggenheim Collection in Venice, the Royal Museums of Fine Arts of Belgium, Brussels and the Menil Collection in Houston.

The piece up for auction is the largest horizontal version completed by the artist and is said to have inspired a scene in the 1973 horror movie, The Exorcist. Before the auction takes place, the masterpiece will be exhibited publicly in Sotheby's galleries in London, New York, Hong Kong and Los Angeles.

Helena Newman said of the piece, "A masterpiece of 20th-century art, L'empire des lumières brings together the two most fundamental elements of daily life – those of day and night – on to one paradoxical canvas. With its impressive scale, the cinematic painting draws the viewer into Magritte's timeless world. Its immediacy and power encapsulate the 'star quality' that places Magritte firmly among the pantheon of the market's most sought-after artists."

Previously, The Pleasure Principle was the most expensive Magritte painting to be sold, which fetched over £19.5 million at Sotheby's in November of 2018.