Egypt Will File Civil Lawsuit Over The Auction of Ancient Artefact

Following the sale of a 3,000-year-old Ancient Egyptian bust of Tutankhamun, Egypt says they will file a lawsuit after failing to prevent the sale going ahead. 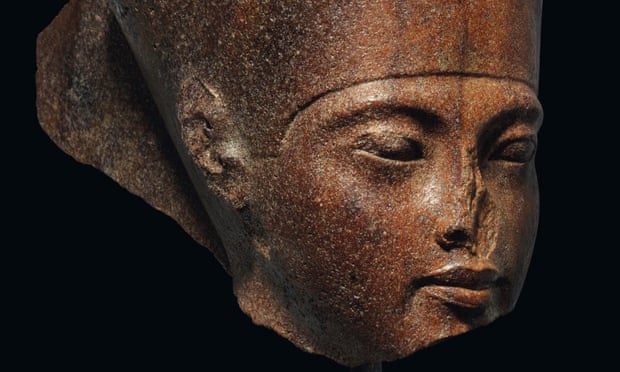 Last week we reported on the sale of a Tutankhamun relic, which was auctioned at Christie's this month. The piece caused controversy when it was announced in the catalogue by the auctioneer. Egypt’s antiquities department demanded the auction was cancelled, due to what they claimed were questions surrounding the provenance of the 3,000 year old bust of the boy king.

Despite protests from Egypt, Christie’s went ahead with the sale of the piece which fetched £4.7 million. Following the sale, it has emerged that Egypt has asked Interpol to trace the statue and other objects sold claiming that relevant paperwork was missing. They have criticised the British government for allowing the sale to go ahead and not supporting them in their efforts to establish provenance.

Christie’s claim to have carried out “extensive due diligence”, which is why they decided to proceed with the sale.

The Egyptian National Committee for Antiquities Repatriation met on Monday headed by Egypt’s minister for antiquities, Khaled El-Enany who expressed “deep bewilderment” at what they claim is a lack of support from the British government in this matter.

The committee is believed to have already instructed a British law firm to file a civil lawsuit over the sale of the items and have asked Interpol to track down the illegal sale of Egyptian artefacts worldwide”.

The Egyptian’s say they believe the bust was stolen from the Temple of Karnak after the 1970s and claim the vendors had “given false information. They have not shown any legal papers to prove its ownership,”

In a press release for the auction, Christie's said the statue was acquired from Munich-based dealer Heinz Herzer in 1985 and was previously owned by Joseph Messina and Prinz Wilhelm von Thurn und Taxis.

Christie’s said the sale was legal and valid and the relic had been “well-published and exhibited in the last 30 years”.

It said: “While ancient objects by their nature cannot be traced over millennia, Christie’s clearly carried out extensive due diligence verifying the provenance and legal title, establishing facts of recent ownership.

“Christie’s would not and does not sell any work where there isn’t clear title of ownership and a thorough understanding of modern provenance.”

On July 3, the Egyptian embassy said in a statement that it "regrets" the decision to go ahead with the auction. The Egyptian embassy said they "will not be negligent or allow anybody to sell any Egyptian artefact whatsoever," It seems that this lawsuit will determine whether Christie’s will be made an example of Egypt’s attempts to repatriate items of cultural and historical interest.

Do you think the sale should have gone ahead? Or should the item have been returned to its country of origin and perhaps exhibited for all to enjoy?