We take a look at some of the items in upcoming Sean Eacrett sale.

Sean Eacrett Auctions are excited to announce their Tullamaine Castle Contents Sale starting at 10 am on 25th October.

Battle of Britain hero Tim Vigors first introduced the tradition of horse breeding at Tullamaine. The decorated RAF pilot had something of a checkered wartime experience, having been shot down and imprisoned in Burma, presumed dead, before returning the hero to his family home in Tullamaine.

When he went missing, after being shot down, his dog, Snipe, came back to Tullamaine. Legend has it that Snipe went and dug a hole at the top of the rockery and lay down and died.

On returning from the war, Tim went into McCarthys pub in Fethard on a pony and trap. Seeing the public waiting outside, Vigors was nervous that his RAF legacy might not be all that welcome in rural Tipperary. However, the crowd were there to welcome him, and they hoisted Tim onto their shoulders and paraded him as a homecoming hero.

After all that drama, Vigors entered the world of horse breeding. He was one of the founders of the Coolmore Stud, which has since then, under the subsequent ownership of O'Brien, Sangster and Magnier, become the world's leading breeding yard.

Tullamaine Castle is also referred to in some of the Mitford books. Pamela Mitford lived there when she was married to Derek Jackson, the amateur jockey and physicist. Pamela was responsible for the supervision of the selling of Tullamaine in the 1950s. In contrast to her high society and notorious sisters, Pamela adored the simple country life at Tullamaine.

Tullamaine Castle has been an outstanding stud for the last forty years, with Bob Lanigan breeding equine stars such as Delilah, Bin Ajwad and Hot Tin Roof, the multiple stakes winner. Lanigan also bred Polenator and The Minirva Rose, who won the double at Doncaster Group 2 on successive days, a particular career highlight for Lanigan.

James Bond actor Pierce Brosnan has stabled his horses at Tullamaine and has been a frequent visitor over the years. Tullamaine has given Brosnan an equine license to thrill, if you will.

The home of the Tipperary Hunt, the legacy is evident in a most unusual outdoor art feature at Tullamaine Castle. This comes in the form of a life-size wire sculpture of a pack of foxhounds featured running across the lawn.

Specially sculpted by Rupert Till and based on the Tipperary hunt, it is so unusual that visiting dogs think from a distance that 'the pack' is alive. This stunning display, Lot No 774, is estimated at €8000-12000. 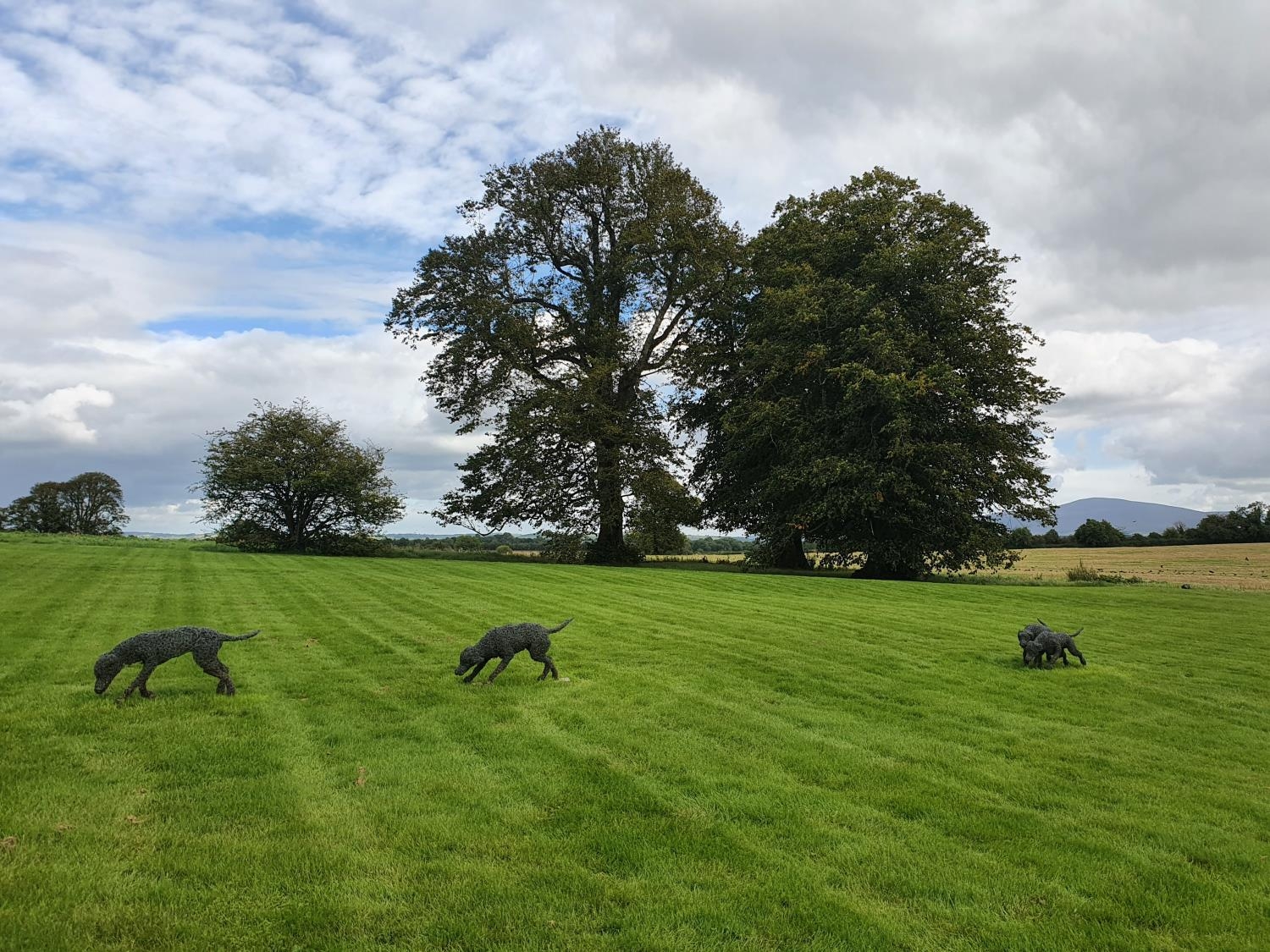 One of the auction highlights is Lot 38, a grandfather clock by a Dutch maker Anthonij Van Oostrom of Amsterdam. Described by Sean Eacrett as "very important", the striking eighteenth-century walnut and marquetry inlay longcase clock features a highly carved and fret arch top and dome top and is estimated to fetch €4000 - 6000. Circa 1740 - 60. (H250 x D30 xW45cm approx.)

The dining room of Tullamaine features an extensive collection of art. This includes Lot No 137, a large oil on canvas in a good gilt frame of The Bailey Lighthouse off Howth by Stephen Catterson Smith. Daniel Egan framing label and other label verso states, 'Bought at the sale of the late Canon Harris 1914. This item is estimated at €1000 - 1500.

Lot No 160 is three large watercolours of the Tipperary Hunt estimated between €2500 - 5000. Created by the artist Peter Curling who is well known in Tullamaine, these watercolours adorn the walls, along with the oil of Pat Eddery, which is Lot 16 and is estimated at €500 - 800.

There is a collection of signed prints by nineteenth-century British equine and military artist Lionel Edwards including the highlight; 'Watercolour of Irish Hospital Sweepstakes Morning Exercise May 1966'. These are Lot 403. 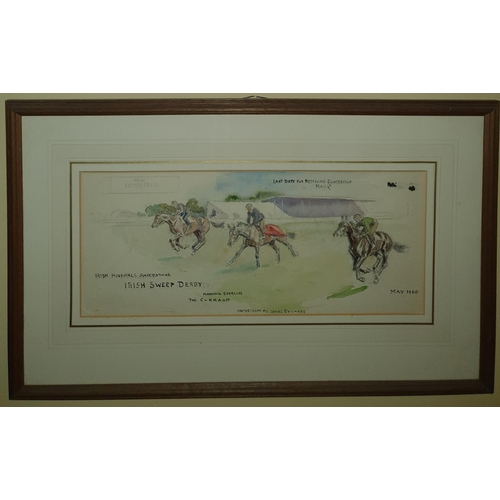 The dining room also featured a sizeable collection of Snaffles prints, seen in Lots 113 to 130 with estimates ranging from €200 - 600 each. Snaffles, otherwise known as nineteenth-century British artist Charles Johnson Payne was famous for his humorous depictions of equine scenes from horse racing to polo. Tullamaine stud is the perfect showroom for these prints. 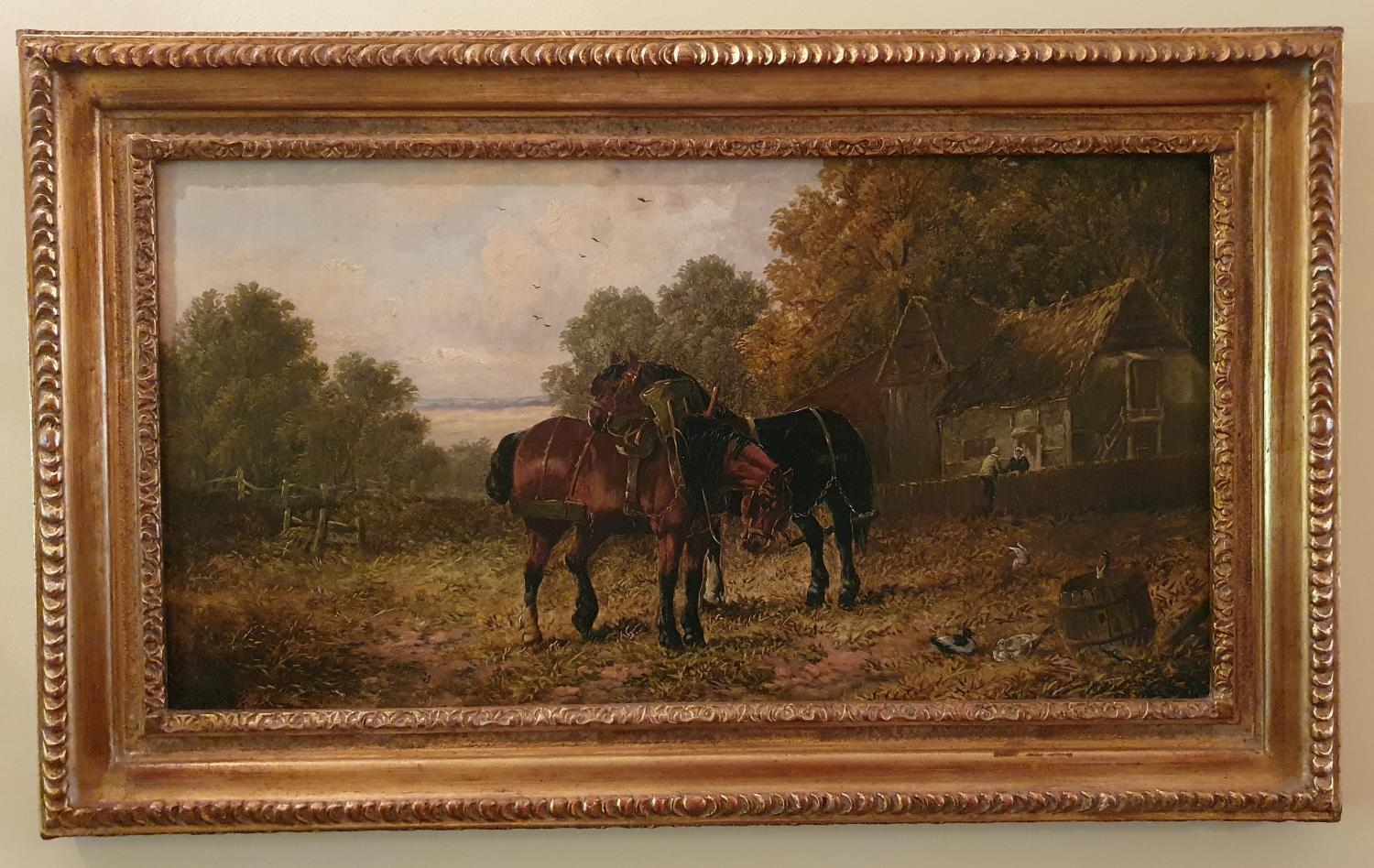 The hall also features mahogany side cabinets profusely mounted with ormolu mounts. The cabinets, Lot No 58, are on turned supports and with green marble tops are estimated at €3000 - 5000.

On the hall walls are a remarkable set of four glass Ormolu Wall Lights found in Lot No 60. They are gorgeous, measuring over a metre and a half in height and feature swagged rope backs supporting a bunch of glass flowers in the style of a drooping giant Lily. 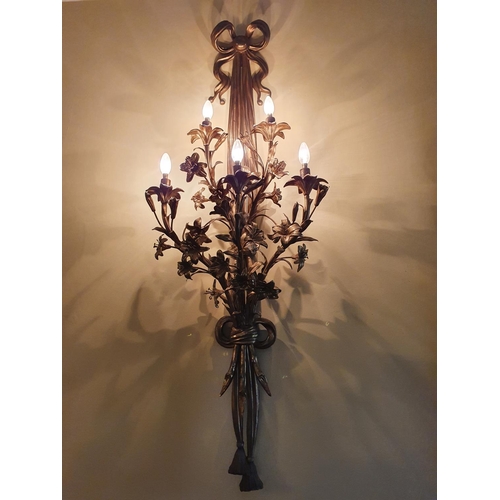 These are originally from Dunbrody House and were brought from the Donegal family from the UK to Waterford and then to Tullamaine. The Westbury Hotel had similar lamps; these are estimated at €2500 - 4000.

Lot No 240 is a chandelier in the well of the stairs. This six-branch brass oversized chandelier is profusely decorated with floral decoration. This giant chandelier has a diameter of 130cm, a drop of 125cm and is estimated at €5000 - 8000.

You can register to bid across this entire sale for a flat fee of just £3.