A buyer on the easyliveAuction platform won an incredible one of a kind Mr. Doodle work of art! 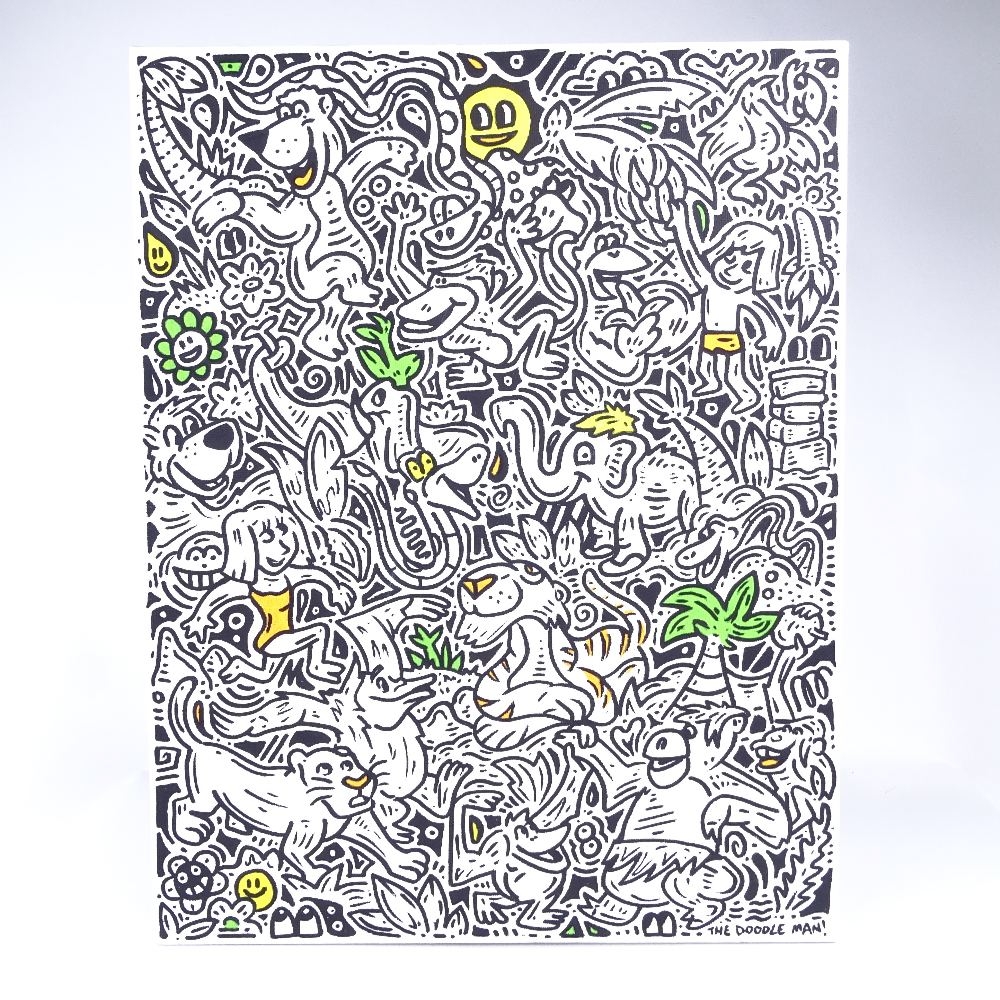 A painting entitled ‘Jungle Book’ recently lit the internet up when it went under the hammer with Battle based auctioneers Burstow & Hewett. Surpassing all expectations this modern masterpiece smashed its estimate in an online bidding battle and undoubtedly surprised the vendor who knew the artist personally,

Have you heard of artist Sam Cox? Far better known as Mr Doodle, Sam was born in Kent in 1994. He started drawing at the tender age of nine when he covered his entire room with paper doodles. He couldn’t resist scribbling on anything he could touch. Thus, was born, DoodleLand, full of what is often described as ‘Graffiti Spaghetti’;  an improv of characters, shapes and designs all fitting within the space provided. Now infamous, these thick conglomerations of characters and patterns, shift and grow to fill not only paper and canvas, but books, trains, clothing and so much more. With a PUMA collab being just one of his amazing achievements, Mr Doodle is certainly one to watch in the modern art space.

When a family friend of the artist approached auctioneers Burstow & Hewett with a signed acrylic on canvas they knew they were looking at something special. The piece entitled ‘Jungle Book’ went under the hammer on the 15th of October. Estimated at £7,000 - £10,000 this 18” by 14” canvas, signed The Doodle Man, drew the attention of bidders. The auction room itself was empty, with customers having all left for day, therefore all the bidding taking place online. Competition on the day was ferocious with bidders using both the easyliveAuction platform and The Saleroom platform going head to head. Bids began to rise to the joy of the vendor and Burstow and Hewett alike, and in no time, they were in the tens of thousands. In the end, of course, the best bidder won, using our superb easyliveAuction platform to secure the canvas for £55,000! You can watch the action below:

Whether it’s an illustrious Mr Doodle work of art, a model car, a piece of jewellery or a vintage chair – easyliveAuction is the place for you…