Login
Create Account
Home Blog How Much Would You Pay for a Rusty Sword Like This? Blog

How Much Would You Pay for a Rusty Sword Like This? 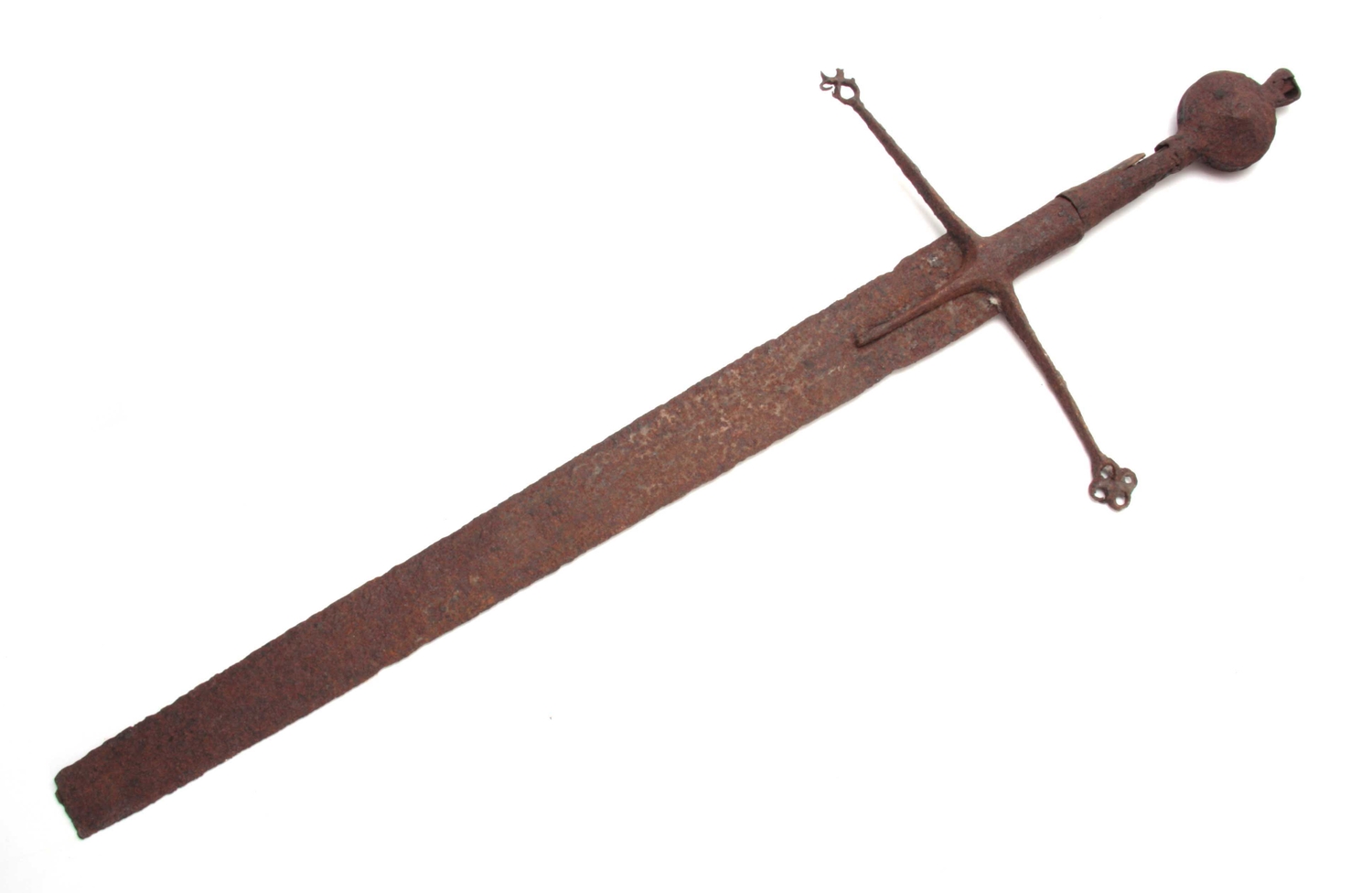 When the hammer came down on this rusty old sword, the auction house was stunned. It had been estimated to fetch up to £200. After a dramatic bidding war, it was sold to a Canadian buyer for a colossal £30,000! Bidding over the phone, the buyer won the item after a bidder in the room folded at £29k.

Dating back to around the 15th – 16th century, this Highland sword, which also has a broken tip, was sold by Hutchinson Scott Auctioneers in Skipton, Yorkshire, after being found by the seller in his late father’s garage.

The poor condition of the sword points to it having been submerged, buried or exposed to the elements for a very long time.

Although replica swords are fairly common, very few genuine swords from the 15th and 16th centuries survive today. Of those that do, very few of them come up for auction. Most are either displayed in major museums or preserved in ancestral collections. This makes this sword a rare find indeed.

Local sword maker, Paul Macdonald from Macdonald Armouries in Edinburgh, had been hoping to bag himself a bargain. Being something of an expert, he knew this item was a true gem of much greater value than it was being credited with. Keen to purchase the sword and make a replica, he described the sale as ‘unbelievable’, stating: "I thought I might get a bargain and I was prepared to go up a bit. I was surprised when it went up to £6000 and then £7000 but, really, I am glad that it has gone for a price that reflects its true value”. He added that "clearly, its significance has been recognised and you can only hope that it has gone to a good home and that it will be looked after".

Mr Macdonald described the sword as ‘a very distinctive weapon’, noting that he has previously seen several swords of this kind at the National Museum of Ireland in Dublin. According to the sword maker, this particular weapon would have been used by the elite mercenary warriors from Scotland, employed between the 13th and 16th centuries to defend Irish chieftains or West Highlander members of the gallowglass.

The sword is currently in London, awaiting shipping to its new owner in Canada who will also pay a 20% buyer’s premium on top of the sale price of £30k, making their total outlay £36k – let’s hope they’re happy with their purchase!