A Quick Guide to Die-Cast Cars


Die-cast cars are a popular collectable, appealing to car enthusiasts as well as vintage toy collector's, we take a look at the popular toy here.

Die-cast cars have been a collectable almost since they were invented, with children favouring specific brands such as dinky toys, corgi and matchbox. Today they are a popular collectable, appealing to collectors of vintage toys as well as classic car enthusiasts.

Often made to scale, these miniature metal toys have been played with and collected for generations now adding a healthy dose of nostalgia to their appeal.

What does Die-cast mean?

Die casting refers to the method these cars were manufactured with. An alloy usually zinc combined with small amounts of aluminium and copper is pushed into a mould under high pressure, in a process similar to plastic injection moulding. Iron and Lead were used in earlier models, but these were subject to impurities which caused the models to distort, crack or crumble due to zinc pest.

This simple method of manufacture allowed toys to be mass-produced. It wasn’t just used for cars, other types of vehicles, as well as the pieces in monopoly, were also manufactured in this way.

The method was first introduced in the early Twentieth Century, although the alloy used often contained. Due to the process needing refinement, good condition, early examples made before World War Two are difficult to come by due to the problem of zinc pest mentioned above.

Popular manufacturers of these toys include Dinky, manufactured by Frank Hornby, they were originally referred to as Meccano Dinky Toys. They were the earliest producers of these toys pre-WWII. Matchbox joined the market in 1947, Corgi followed in 1956 and pioneered the use of windows and interiors. Hot wheels joined the game in 1968 by Barbie manufacturer Mattel.

As with any collectable, the value of the cars depends on a few factors, rarity, demand and condition.

Due to the scarcity of the original Meccano Dinky toys created before the second world war these particular models can fetch thousands.

The most sought after of the Postwar models are licensed Corgi models such as their James Bond and Batman ranges. Depending on whether they have their original packaging and condition prices can range from a few hundred to a few thousand pounds. 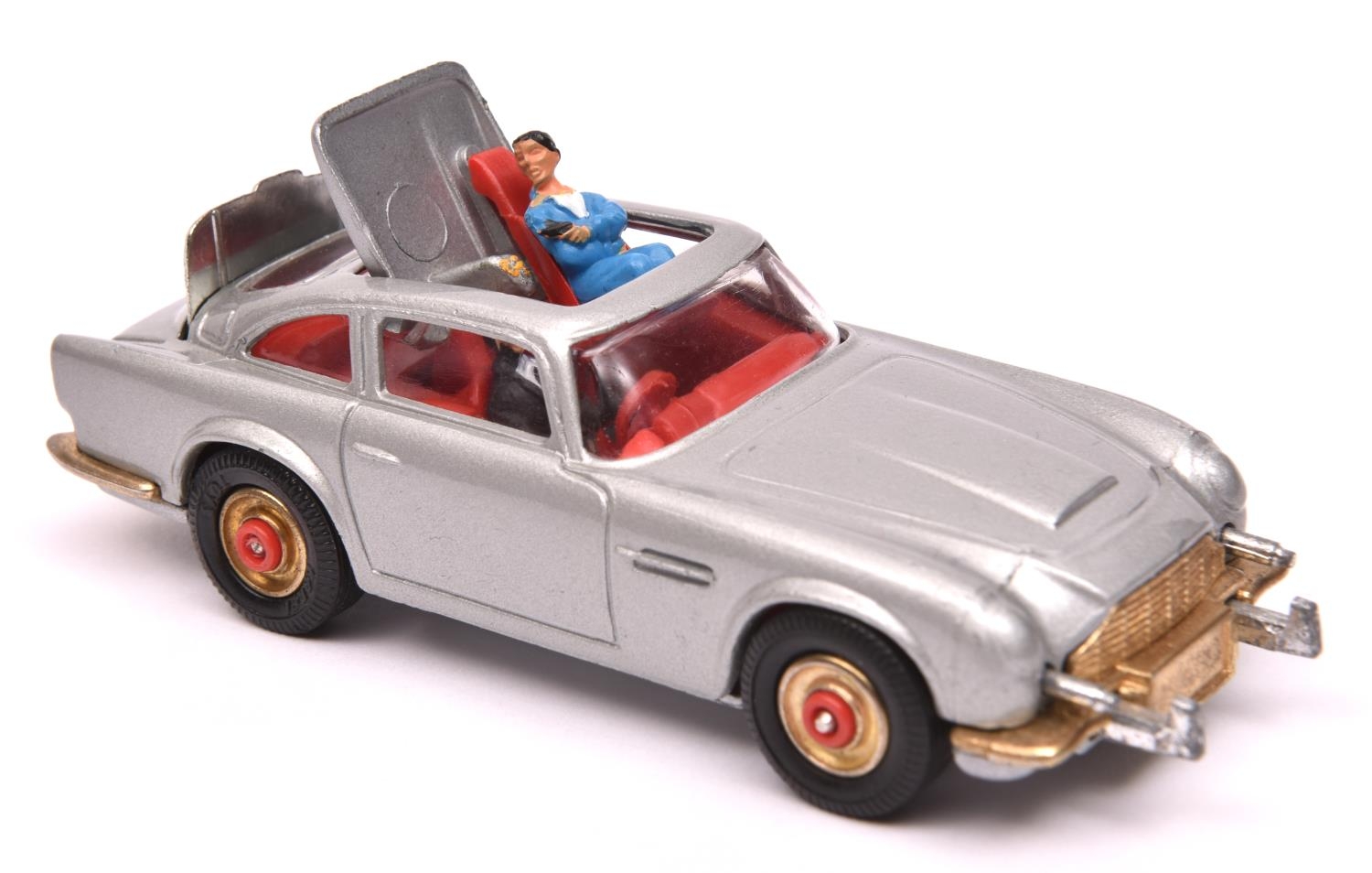 Condition is important, as with any valuation. Does the car have its original box? If so, what condition is the box in? What’s the condition of the car, the metal, paintwork and wheels? Has the car fallen victim to the dreaded zinc pest? Cars produced before the 1960s were still vulnerable to this, but not as much as those pre-WWII.

As with many things, these toy cars may have enjoyed more than one production run, being re-produced at a later date, therefore research is key if you are buying to sell, or a strict collector.

Hotwheels cars, produced by Mattel were marketed as the discount brand and went on to outsell the original makers of these toys in their day. The American manufacturer saw the closure of these original British brands starting with Dinky Toys. Hotwheels die-cast cars are generally worth less today than the original three manufactures of Dinky, Corgi and matchbox.

As with anything the value comes down to what you are willing to pay to own something. If you buy something you love as part of a collection then the value will never matter to you.