Vintage watches are popular at auction, we take a look at 5 reasons to buy. 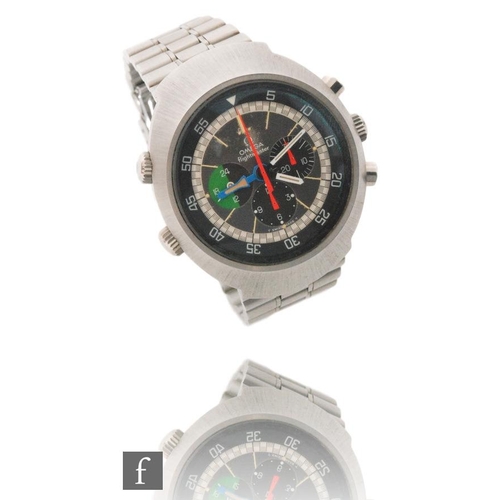 Omega Flightmaster going to auction 24th Jun 20 at 9:30am

Watches have evolved since their invention in the early 16th Century. Back then they were kept in the pocket rather than worn on the wrist. In fact, wristwatches were only really worn by women before the 20th Century.

Today you can own smartwatches which incorporate fitness trackers and the ability to read messages and answer phone calls among other things. While for some, watches are merely a practical item, others love to collect beautiful watches and pair them with their outfits to make a statement. Vintage watches hold a certain nostalgia and prove popular with collectors at auction. We take a look at 5 reasons to buy vintage watches.

Stand Out From The Crowd

With herds of people owning identical Fitbits or Apple Watches, a vintage timepiece creates an element of class and luxury. Catching the eye of passers-by and creating a talking point. Vintage watches showcase craftmanship and quality materials such as leather and metals which were built to stand the test of time, unlike the more disposable variants of today.

Timeless designs can never go out of style, unlike modern-day counterparts which often incorporate passing fads such as the chunky G-Shock watches that were popular in the earlier part of this Century.

Timekeeping was particularly important in days gone by. They didn’t have the novelty of online connectivity or radio waves to update their timepieces. Watches were built to last. Military watches from the early part of the 20th century offer impeccable reliability as timekeeping was crucial during wartimes. Today, things just aren't built to last, smartwatches being the most obvious, in the same way, mobile phones and computers get left behind, these digital-age timepieces will too.

Vintage Watches are an Investment

Vintage and antique watches are one of the most searched for items on antique and collectable websites. They’re not just fashion accessories anymore, people are buying them as investments for the future. It’s believed that as long as you maintain and look after vintage timepieces they will only rise in value, making a profit later down the road if you decide to sell.

In years gone by, watches were a gift for milestones such as coming of age birthdays, anniversaries at a company or for hitting targets at a job perhaps. Watches can be passed down the generations, in the same way other pieces of jewellery are. They make a more thoughtful, long-lasting gift than a modern-day smartwatch which will become obsolete in a few years, therefore imparting a gift that will be there for decades to remind the recipient of the day they received it.

Many collectables may sit around doing nothing waiting to rise in value, but a watch is truly functional. They also don’t take up much space, meaning you can store many if investing is your aim. All the while they can be worn for special occasions or even on a day to day basis providing you take care not to damage them.

Why not start your search for some watches today?