This sale, which smashed the auctioneers estimate is evidence that the macabre is increasing in popularity. 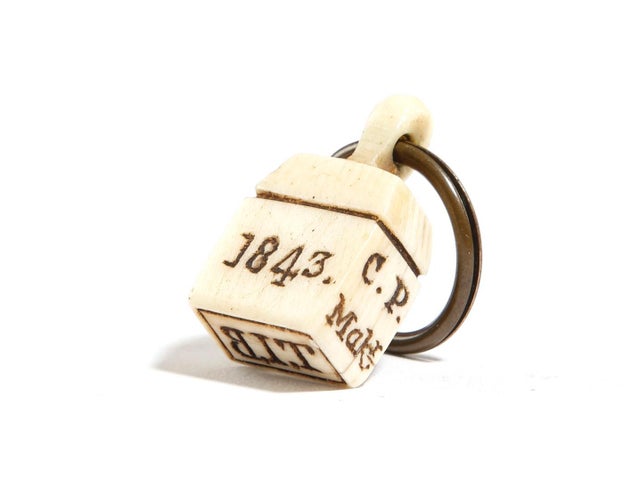 Sarah Dazley, who came to be known as ‘The Potton Poisoner’, was hanged 177 years ago in 1843 for the murder of her second husband, William Dazley. A carved bone fob seal from her execution has sold for seven times its high estimate of £300, going for £2250 to a private collector.

Sarah is often overlooked as the first female serial killer, a title which is usually attributed to Mary Ann Cotton, ‘The Dark Angel’. Sarah actually preceded Mary by around thirty years but isn’t always recognised in history for what she was because she was never formally tried for the murders of Simeon and Jonah Mead, her first husband and young son, despite there being near certainty that she committed these crimes.

Sarah was reportedly a promiscuous character who was unhappy in both of her marriages. She quickly became the subject of village gossip when her second husband William became ill and died after the couple had had a blazing row. Despite William’s death officially being attributed to infection, village gossip was suggesting that Mary had murdered him. This eventually led to a new inquest being opened; William’s body was exhumed and tested for toxic substances and traces of white arsenic were found.

These findings raised suspicions about the earlier deaths of Sarah’s first husband and son and so their bodies were also exhumed. Tests revealed traces of arsenic in the body of her son, Jonah, but the evidence in the case of her first husband’s body was inconclusive. Despite their now being near certainty that William’s murder was not the first that Sarah had committed, the decision was made not to add additional charges to the existing investigation. Sarah Dazley was, therefore, hanged for the single murder of her second husband and not officially recognised as the serial killer she almost certainly was.

Executions were big events in early Victorian times, often attracting large crowds. With the notorious William Calcraft as her executioner, Sarah Dazley’s death on August 5th, 1843, was no exception.

Mark Yuan-Richards, Works of Art specialist at Woolley and Wallis, Salisbury, where the item sold, stated: “The carved bone fob seal or ornament that featured in our auction was probably sold on the day of her execution, possibly to a gentleman who was perhaps involved in the investigation or maybe knew Dazley or her victims in some way”.

Consigned from a private collection, the seal is under an inch high and carved with the details of the execution as well as the legend ‘CP Mak’r’ and the mirrored initials ‘TIB’, which likely related to the original purchaser of the item.

Between the late 17th and early 19th centuries, over 200 crimes were punishable by death, many of which would be deemed trivial today. The death penalty was abolished in 1861 for all crimes except for murder, piracy with violence, high treason and arson in the royal dockyards. Public executions were abolished in 1868 but it wasn’t until 1965 that the death penalty was abolished in Britain altogether.  The last people to be hanged for their crimes in Britain were Peter Allen and Gwynne Evans, on August 13th 1964, after being found guilty for the murder of a taxi driver.