Rare volumes of an ancient Chinese Encyclopedia have fetched a fortune at auction. Find out more... 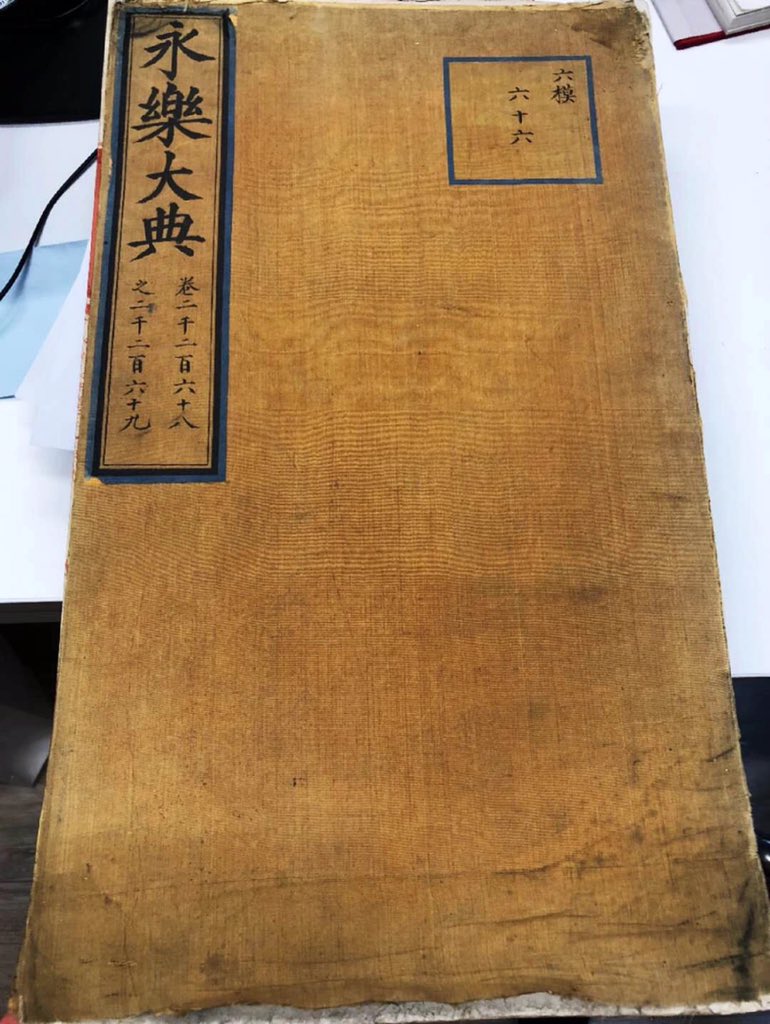 Several rare volumes of an ancient Chinese encyclopedia, known as the Yongle Dadian, have fetched a staggering $9 million at auction. The hammer price was more than one thousand times the pre-sale estimate. The Yongle Dadian encyclopaedia was commissioned by the Yongle Emperor who reigned in China between 1402 and 1424 as the third ruler of the Ming Dynasty.

Beaussant Lefèvre, the Paris-based auction house which sold the item, stated that over 2,000 scholars had worked on it between 1404 and 1408. Originally consisting of 22,877 chapters, the Yongle Dadiam is considered to be the largest encyclopaedia in the world. According to the auction house, the 11th ruler of the Ming Dynasty, the Jiajing Emperor, ordered two copies of the encyclopaedia to made in 1562 as the original was lost as a result of the numerous thefts, fires and wars occurring during the Ming Dynasty period between 1368 and 1644. Twenty-four volumes of the encyclopaedia, which equates to forty-nine chapters, are housed at the British Library.

Despite being copies of the original, the two copies sold this week are extremely rare as there are just 400 volumes known still exist, which amounts to just four per cent of the original encyclopedia. Although printing techniques had been developed at the time of the encyclopaedia’s creation, the books were handwritten on paper in red and black ink due to the length of the work. One of the volumes sold in the auction covers funeral rites whilst the other focuses on China’s lakes. They were bought together by an anonymous buyer for 8.128 million euros, inclusive of fees, which was a thousand times the high pre-sale estimate of between 5,000 and 8,000 euros.

The Yongle Emperor is known for being a strong leader, presiding during the Ming Dynasty’s most powerful years. He ordered the construction of the famous Nanjing Porcelain Tower in 1412, which was known as one of the Seven Wonders of the Medieval World and took seventeen years to build. The original tower is thought to have been destroyed during the nineteenth-century Taiping Rebellion, but was 250 feet tall and built with white glazed porcelain bricks. A new version has recently been constructed, in 2010, funded by a billion yuan donation from the Chinese billionaire Wang Jianlin.

The Chinese word Yongle Dadian translates to ‘Great Canon (or vast documents) of the Yongle Era’. The encyclopaedia was designed to include everything that had ever been written on the Confucian canon, philosophy, history, sciences and the arts and, as such, it amounted to a huge collection of both entire works and excerpts from the mass of Chinese literature of the time.