Auction Ethics in the Spotlight… Again

The ethics of lots sold at auction has come under scrutiny again with the sale of items belonging to Hitler and Eva Braun. Should such items be confined to museums, or should the public be able to purchase them? 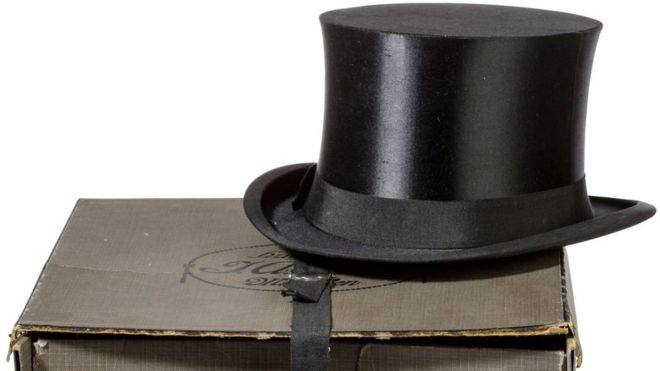 An auction of German historical collectibles, which included Nazi memorabilia, has brought the issue of auction ethics into the spotlight once again. The auction, which saw items including Adolf Hitler’s hat, Eva Braun’s dresses and a silver-covered edition of Mein Kampf go under the hammer, caused offence within the Jewish community. It received sharp criticism from the European Jewish Association (EJA). The organisation requested that the auction be stopped, arguing that the items are of little historical value and would likely be bought by individuals who glorify Nazism.

Rabbi Menachem Margolin, chairman of the EJA, expressed his concerns in an open letter to German political leaders stating: “I understand that it is not illegal to buy and sell Nazi memorabilia... this is not a legal request but a moral one. It is wrong" and arguing the auction was an “opportunity for people to glorify, show adulation and sentimentality for the Nazis".

The auction went ahead in spite of this and, in defence of this decision, the director of Munich-based auction house Hermann Historica, Bernard Pacher, told DPA news agency that "the largest part of the customers who shop with us are museums, state collections and private collectors who really meticulously deal with the subject".

The sale of controversial items is a topic which causes strong and divisive opinions and is by no means limited to Nazi memorabilia. It is clear, however, that items linked to mass suffering of humans and animals are front and centre in this debate. As well as Nazi memorabilia, sales involving ivory, whale meat and a replica guillotine, to name but a few examples, have all caused significant controversy.

It is not the preservation or public display of such items that is the main concern in this debate; Many would agree that items of historical significance which relate to mass suffering should be preserved and displayed in honour and recognition of the victims – Lest we forget.

The central issue is one which cuts to the core of the very nature of auctions themselves as, largely, private enterprises embodying the values of capitalism to which most of the world now subscribes. Notably, the profit motive.

The overarching question, then, is: should items which represent, or are connected to, mass suffering be allowed to be sold for a profit?

The arguments of those in favour of such items being sold, or at least the right for items to be sold, largely relate to issues surrounding historical value and censorship – should people be told what they can and can’t buy or sell? The later issue brings an interesting irony to the debate, particularly in relation to the sale of Nazi memorabilia; is censorship not, after all, a key tool used by dictatorial regimes?

And, on the point of historical value, do controversial sales not raise the profile of the issues involved, thereby spreading awareness and ensuring people don’t forget?

In addition, the fact that items can only be sold where there is a demand for them can’t be ignored. And controversial items very often hold significant monetary value. Some might argue that where substantial profit is made, there is significant benefit to many – business growth leading to increased employment opportunities and the subsequent wages and tax revenue that improves the quality of life for many.

On the other hand, there is the argument that the sale of these items should be forbidden simply because of the offence and suffering they themselves cause. Take, for example, the effect of the trauma of the holocaust, which has rippled through generations and is embedded in the collective cultural memory of the Jewish population. This suffering cannot be understated.

Along similar lines, some might argue that the sale of controversial items encourages prolonged suffering. Does the sale of ivory, for example, maintain and even perhaps create a demand for the products which might otherwise dwindle out? Does this not, in turn, lead to the slaughter of more of the world’s precious and endangered species? A relevant example, here, is that of Japan which this year decided to leave the International Whaling Commission (IWC), a body which upholds the agreement not to hunt whales, so that they could hunt for commercial purposes. Whale meat carries significant value, selling at auction in Japan for up to £110 for some cut offs. Since leaving the IWC, Japan has announced its intention to hunt hundreds more whales this year.

We could go on and on, with may more points being raised in support of either side of this debate. It’s clear this issue is extremely complicated and one which cannot be resolved in a relatively short article. Moral questions will undoubtedly continue to be raised with future sales, causing strong views on either side of the debate – where do you sit on this issue?