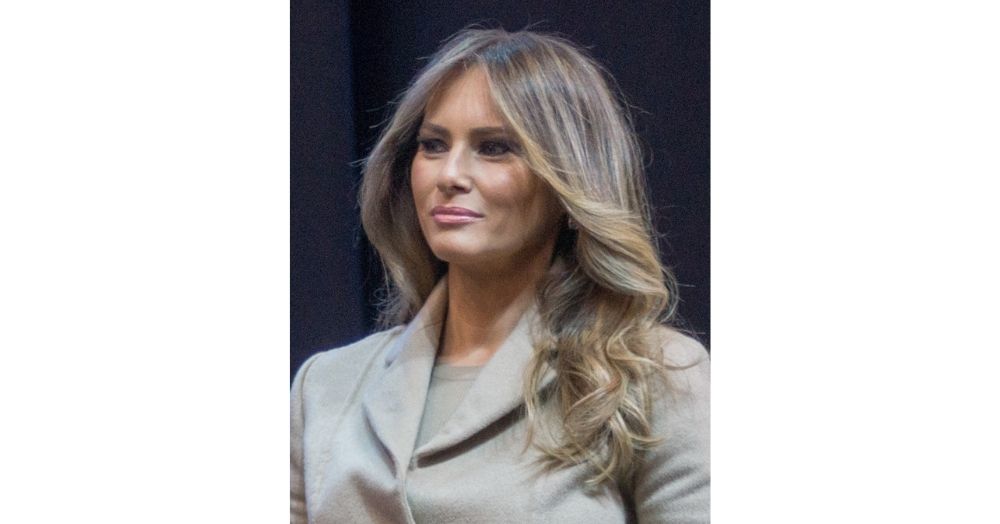 We take a look at the latest Head of State Collection Sale.

Melania Trump, First Lady and wife of the former President of the United States, Donald Trump, has fallen victim to a cryptocurrency crash that impacted her "Head of State Collection 2022" auction.

The items on sale included an iconic white hat worn by the then-first lady during their first state visit in which they hosted French President Emmanuel Macron at The White House.

Other items up for sale were a Coulon watercolour painting of Melania Trump wearing the hat up for auction and a moving digital NFT version of this. NFT stands for non-fungible token and refers to unique, non-interchangeable data units stored on a digital ledger or blockchain using the same technology behind cryptocurrencies.

Trump announced the auction via her official office, during which time she recalled the significance of the event at which she wore the iconic hat. She noted that 'great consideration' had gone into planning her outfit for the special occasion. This saw the wide-brimmed hat worn with a Michael Kors white skirt suit and a pair of Christian Louboutin stilettos in colours symbolic of the US flag – blue denim, white trim and a red sole.

She commissioned the French-American designer Herve Pierre to create a one-of-a-kind white hat using the same fabric as the Michael Kors suit. The designer choice was very fitting for the occasion when the US and French heads of state met.

According to a news release from Melania Trump, the three-piece lot was expected to open with a bid of around $250,000. Ms Trump wanted to be paid in the cryptocurrency of the Solana blockchain, SOL. At the time, SOL was trading at about $170 per token. Unfortunately, the currency plummeted in value, which led to an $80,000 loss for the former first lady.

As of Tuesday evening, just five bids had been made; the highest offer was equivalent to $170,000 in cash value - $80,000 less than expected. Trump can either decide to cash in at this value or hold onto the cryptocurrency in the hopes it will increase in value. However, holding onto cryptocurrency comes with the risk of its value declining even further.

According to Melania Trump's office, some of the funds from the auction will be donated to underprivileged children in the foster care system to be spent on computer science and technology education. However, the exact percentage or figure to be donated is currently unspecified.

This auction was not the first occasion Melania Trump has sold off her personal items. Less than a month ago, she put her first-ever NFT up for auction. This was a digital watercolour painting of her eyes, Melania's Vision, signed by both Melania and the artist Coulon. These were accompanied by a brief audio message detailing her 'vision' to "look forward with inspiration, strength and courage". This was initially valued at around $185; however, ultimately, the lot sold for $150.