It’s officially 2020, which means it’s time to take our obligatory look back over the top-selling lots on Easy Live Auction in 2019. So, without further ado, we shall begin.

This beautiful vintage motorcycle was sold by HJ Pugh back in June. It had been owned by the sale person for approximately 30 years, was first registered in 1961 and was in beautiful condition for its age. 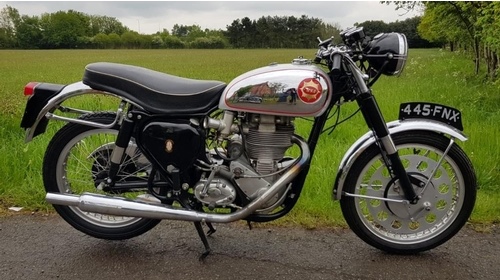 This gorgeous ring sold back in June with O'Reilly's Auction Rooms 1948 Ltd. Containing one old European brilliant-cut diamond of approx 3.39ct with a platinum band, this ring went down a treat. 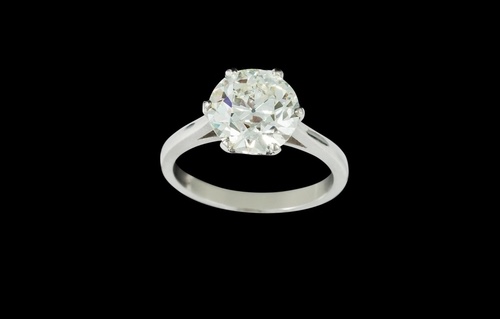 This desirable wristwatch was retailed by Tiffany & Co. Circa 1991. The champagne dial was signed Tiffany & Co and was fitted to a signed bi-metal Oyster bracelet with Oysterclasp. 38mm. During the 1950s Rolex and Tiffany & Co. paired up to offer luxury items to their ever-increasing clientele. Rolex watches displaying the famous jeweller's logo were retailed at Tiffany & Co. stores for roughly three decades. The Tiffany & Co. dial makes this Daytona even more special. This rather special Rolex was sold by Fellows Auctioneers in October. 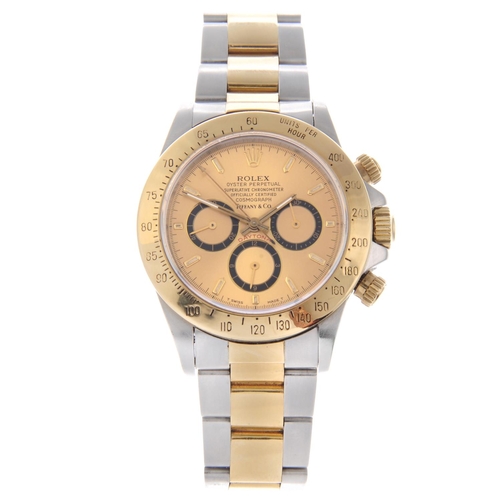 This eye-catching Audemars Piguet wristwatch with 18ct rose gold case, black 'Grande Tapisseriewas fitted to a signed black alligator strap which was finished perfectly with a complimentary 18ct rose gold deployant clasp. Accompanied by the original box and papers, this head-turner of a watch was also sold by Fellows Auctioneers in October. 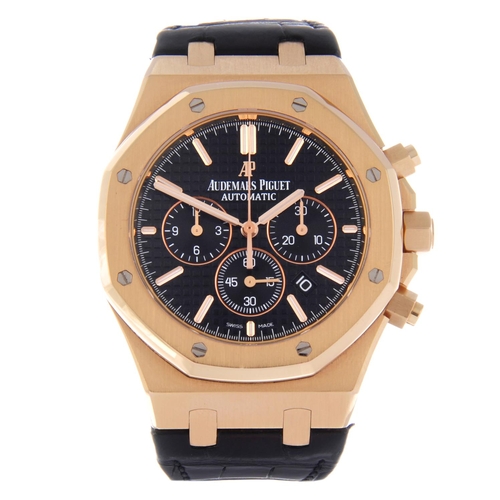 The MG C endured a limited production run of less than two years, making it one of the rarest models to be produced by the company, which has helped them to become a highly collectable and sort after model. This beautifully presented and maintained example finished in mineral blue had been in the current ownership since 2007. It was sold with a comprehensive history file. It went under the hammer in June with Charterhouse Auctioneers.

This iconic car, which was described by the vendor as an incredibly rare and beautiful 1972 Jubilee model was very well presented in a very desirable colour scheme of metallic Nacre grey with a black roof and black leather interior. The DVLA says that there are only 4 cars of this spec left in the country. The owner had completed much work on the car prior to the sale meaning it was a stunning example of this beautiful French classic. Described as a fantastic investment, this motor was sold by Barons Auctioneers in September. 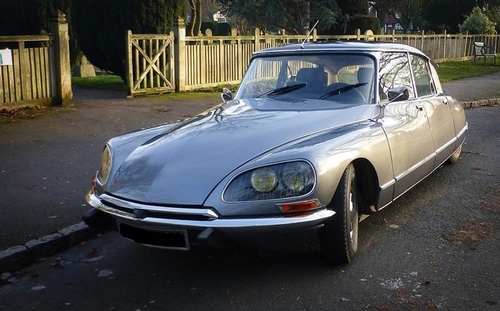 This rare high-grade gold five guineas coin from 1729 went under the hammer with Corbitts Ltd in November. An impressive coin, it drew the attention of numismatists who battled it out to add this piece to their collection. 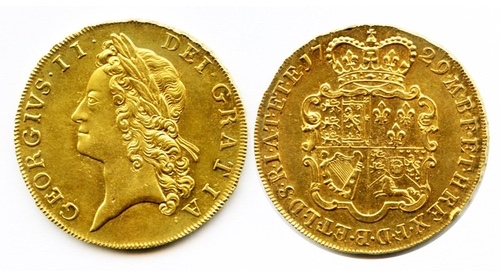 Something a little different from our other lots here. Sold by Ashley Waller Ltd in July as part of a dispersal sale. This large piece of machinery went down well with bidders on the day commanding a respectable hammer price of £18,000. 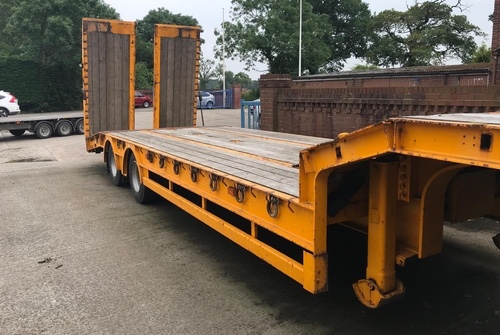 This lot offered bidders a great opportunity to own an early Mk1 Morris Mini Cooper in the correct 1964 spec, with its original shell, engine and interior. This Matching Numbers Mini came with a supporting Heritage Certificate. It had been owned by the vendor for the last 4 years, and previously owned by the same family for 20 years.

This Mini was fully restored over a 10 year period with photo evidence. It had recently undergone new interior trim, except the seats which were the original ones. The car was sold with a huge history file showing the Coopers history including newspaper cuttings of the car. Bidder at the February Barons Auctioneers sale were keen on this little car pushing the price above £18k. 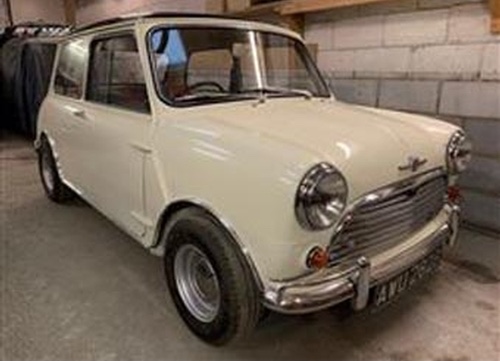 This limited edition Audemars Piguet chronograph was number 22 of 100 which only added to its desirability when it went to auction with Fellows Auctioneers in June.

Encased in 18ct rose gold with a brown 'Mega Tapisserie' dial was fitted to a signed brown rubber strap with 18ct rose gold deployant clasp. 42mm. It came with its original box and papers and no doubt delighted its new owner when the hammer came down, leaving them with something that can surely only appreciate. 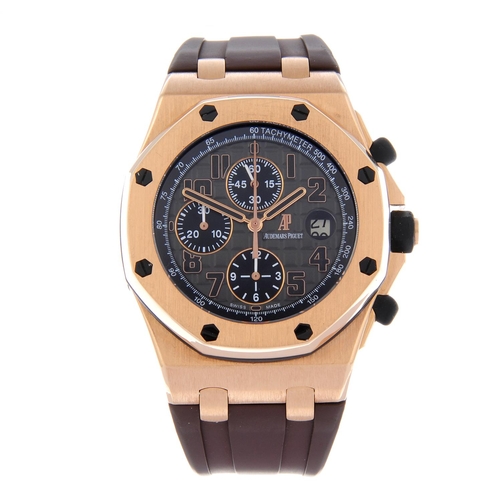 This piece of classic American Muscle went to auction with Charterhouse Auctioneers back in June. With stunning purple metallic bodywork this rare right-hand drive Barracuda is one of a small handful of factory-built RHD cars supplied directly to the sole UK main dealer/distributor Warwick Wright Ltd. In recent years this eye-catching muscle car has been restored by an ex-garage proprietor and son with works including strip down repaint, brightwork re-chromed, interior retrimmed with black leather seats, new carpets, panels and headlining. The engine had also been completely rebuilt making this a fine example for the new owner. 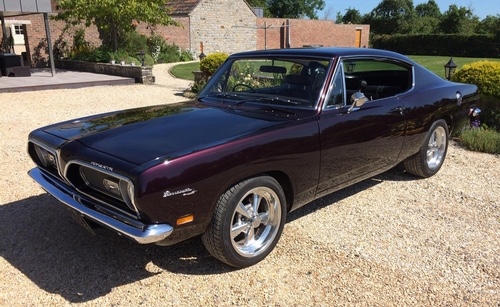 This commando knife with 6 1/4 inch double-edged blade, steel crosspiece and ribbed brass grip stamped with broad arrow mark No 2 was complete with its original leather sheath when it went to auction with Ryedale Auctioneers in June. 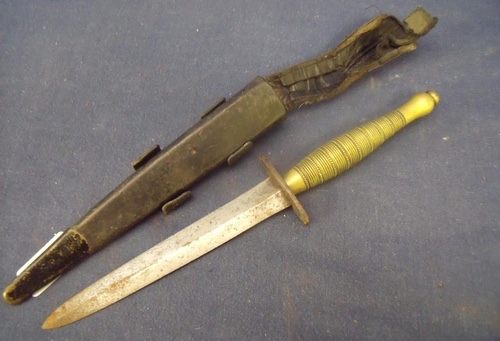 This gorgeous looking S-Type had received a nut and bolt restoration around thirteen years ago, including sensible upgrades for modern driving. In 2014 it was exported briefly to Belgium where it covered approximately 15,000 miles over two years. The car was detailed to Concours standard at the time.

The car had a bare metal respray including engine bay and complete re-trim by The Trim Centre comprising of new leather, wool carpets in dark blue, new headlining, re-trimmed Webasto sunshine roof, re-trimmed boot, and a wood rim steering wheel. A full re-chrome and new wire wheels were fitted prior to sale. This show car was sold by Barons Auctioneers in June. 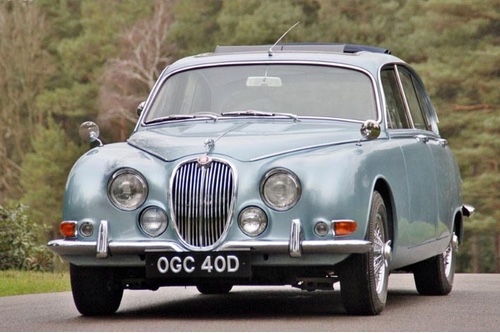 This rare Italian built, UK supplied from new car was listed in the Barons Auctioneers July sale. The car had covered roughly 66,000 miles and was fitted with an Alfa Romeo 2.0 Litre Twin Spark engine with 5-speed manual gearbox. This engine conversion is very popular as it has the benefits of extra power and usability, being electronic injection.

The paintwork required attention and the vendor believed that it is a brighter yellow than it should be but that didn't deter bidders on the day who pushed the price up to £20,000! 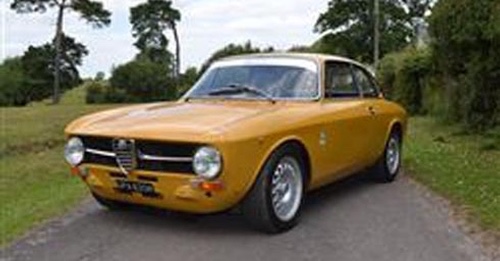 Launched in 1976 as the 400GT, this was the first Ferrari to be offered with automatic transmission as an option. The lavishly appointed Maranello flagship featured self-levelling rear suspension, power steering, optional air conditioning and the mighty V12 engine. This particular 400i was one of only 152 right-hand drive examples manufactured and had covered only 35000 miles from new. Finished in Blue Ridot coachwork with a Sabbia (cream) leather interior, this Ferrari featured an electric sunroof. Offered with a comprehensive history file this car attracted attention on the day when it was offered for sale by Charterhouse Auctioneers in April.

This cask of fresh Bourbon went under the hammer with Mulberry Bank Auctions back in July. It was stored under bond at Springbank Distillery, Campbeltown. 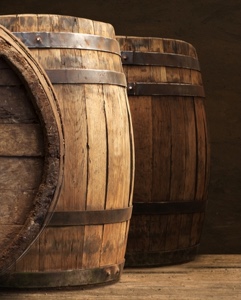 Sold in February by Charterhouse Auctioneers this Black Shadow had three previous owners and was purchased by the vendor direct from the third owner in a dismantled state requiring full restoration in October 2008. A full and exacting restoration was then carried out with some photographs on file. The restoration was completed in December 2009 and a new MOT was issued. The bike was only run a couple of times on the vendor's drive, and had been displayed for the majority of the time in the vendor's drawing-room. The Vincent HRD Owner's Club member, who was in his 80's had taken the decision to sell his beloved Black Shadow because he felt that his motorcycling days are over.

Sold in the same sale as the previous cask, by Mulberry Bank Auctions in July this Bowmore 1995 commanded a high price when it went under the hammer.

This signed, dated and inscribed verso 'PAINTING 5· XI· 58 LONDON, Lin Show Yu'. Oil on canvas 60' x 40' was painted In 1958. It came with good strong provenance as part of the Estate of the late Islwyn Watkins 1938 -2018. Islwyn Watkins and Richard Lin were teaching together at Ravenscroft College of Art & Design in the early 1960s. It is highly likely therefore that Islwyn acquired this particular work directly from Lin. Condition.

This oil painting went to auction with McCartneys in June.

This extremely rare and exceptional maple panelling in the colonial-style inset with mirror came from the second class library of the HMSH Britannic. Complete with mahogany bar embellished with copper, circa 25sq Mts of Maple & 5 sq Mts of Mahogany. This was made by iconic Harland and Wolf Company dating 1912 to 1914. Sold by auction in Belfast on 4th July 1919 to the La Scala Theatre O Connell Street Dublin and subsequently moved to a private house in South Street Dublin. This stunning lot went to auction with Victor Mee Auctions in May and rightfully earned its spot at the top coming streaks ahead of the competition. 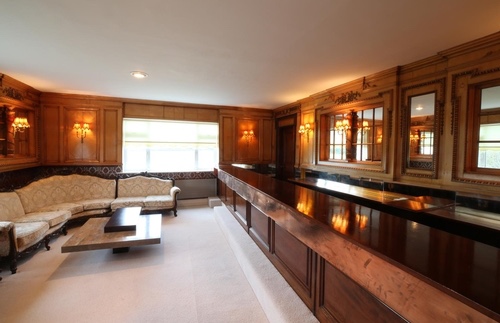